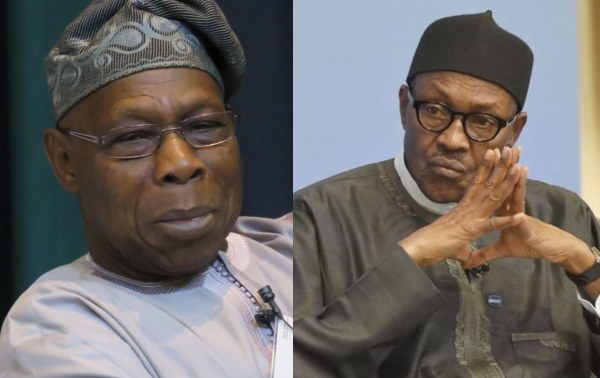 Coalition of Northern groups yesterday berated former President Olusegun Obasanjo for penning another letter to President Muhammadu Buhari on the spate of killings in the land and other challenges staring the nation in the face.

The groups in a lengthy mail sent to Vanguard last night and signed by their spokesman, Abdul-Azeez Suleiman, said Obasanjo had offered no solution to the age-long farmers/herders conflict that his administration left hanging.

The coalition also slammed the former president for orchestrating suggesting the convocation of a dialogue by old men rather than younger Nigerians in a bid to find a lasting solution to the issues.

The coalition said: “The Coalition of Northern Groups has carefully read the latest letter by former president Olusegun Obasanjo to Muhammadu Buhari, the current Nigerian president, released on Monday, July 15, 2019.

“We hereby state that we share the concerns expressed in a statesmanlike manner by the former President, especially with regards to the disturbing security situation and the seeming non-existance of government or apparent loss of control by the President.

“We acknowledge in Chief Obasanjo’s letter, a U-turn from his earlier divisive and inflammatory standpoint which has unfortunately been orchestrated by some regionalists against certain sections of the country, notably the North.

“The attempt by Obasanjo to reclaim his statesmanship by taking a relatively balanced position on a security lapse that threatens the very existence of the country this time around, though an afterthought, nevertheless serves to strengthen CNG’S emphatic repudiation of the vilification of one ethnic and religious group or the other for whatever reason or justification.

“However, despite its conciliatory tone the new letter by Obasanjo has in some respect fallen short of telling the nation how the decade-old herders/farmers disagreement that were traditionally handled at community levels was this time around manipulated into escalating to the current deadly proportion; and those responsible for its escalation.

“We nevertheless observe in Obasanjo’s letter a struggle to escape from the disruptive path he helped create which some religious bodies such as the Christian Association of Nigeria (CAN), exploit in more ways than one, to aide the deterioration of the situation by creating a form of Islamophobia with the false story of a planned Islamisation of the country.

“We also see in it a grand departure from the mischievous way some southern leaders are deliberately distorting the narratives around the recent criminal attack on Mrs Fasoranti and attempting to blame it on the Fulani.

“We acknowledge Obasanjo’s recognition of the vital role and responsibilities expected of regional leaders such as the Northern Elders Forum etc, as well as his recognition of the need to open up on differing grievances with a view to addressing them.

“We are thus in partial agreement with Obasanjo that the nation needs to sit and hold genuine talks and dialogue if we are to continue as one country. What we are however not comfortable with is the usual peripheral approach to such discussions that have all along failed to address the real issues at stake.

“If after about six decades of Independent existence, we still have not achieved true nationhood based on mutual trust and collective patriotism, the bold and necessary step to take should be a dispassionate review and renegotiation of the bond through a referendum.

“We equally differ on the categories of stakeholders to be contacted for such dialogue suggested by Obasanjo. We submit that contrary to Obasanjo’s suggestions, all those directly or remotely responsible for this situation, from whichever region, should not be allowed to participate in any talks that we hope would ultimately lead to a peaceful referendum.

“We insist that 85 percent of the composition of those to participate in the proposed dialogue if it would eventually hold, should be made up of those in the age bracket of 50 and below with the remaining 15 percent coming from older generations.

“This is because while the stated age bracket represents the actual generation of Nigerians that really feel the pain of the situation and are in the best position to chart a better course for the country in which they have so much at stake, the older generations are made up of mostly those who benefited more from Nigeria and are responsible for its current multiple worries.

“We make this submission not unmindful of the fact that no national conference has ever worked in this country and are not confident that anything short of a referendum can solve Nigeria’s problems”.