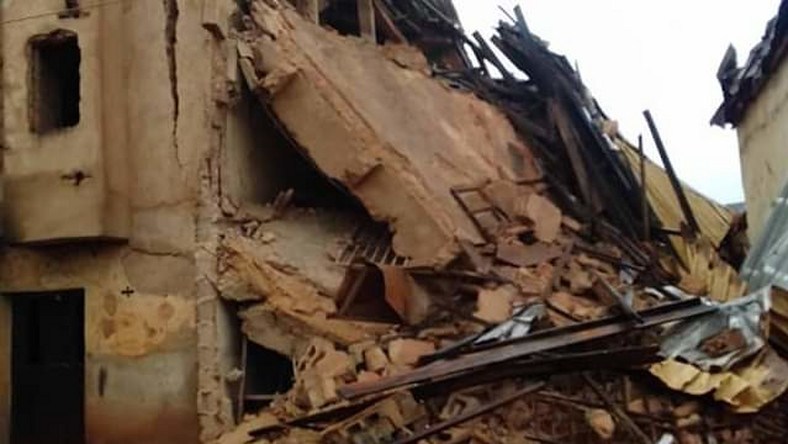 The death of three and seven severely injured people from the collapse of a two storey building at Dilimi community of Jos North Local Government Area of Plateau has been confirmed by the Plateau Police Command.

This sad incident has thrown the community into mourning as they evacuate broken blocks, walls and planks to see if there are still survivors.

DSP Terna Tyopev, the police public relations officer of the command, confirmed the incident to Newsmen on Monday in Jos

Tyopev, who did not state the cause that led to the collapse of the building, however said that the structure, located at Butcher Line in the area, is owned by Alhaji Rufai Kabiru.

“This evening, at about 5 p.m. we received a distress call that a two-storey building located at Butcher Line in Jos north has collapsed.

“A search and rescue team was immediately mobilised to the scene.

The PPRO said the injured were currently receiving treatment at the Plateau Specialist Hospital and Bingham University Teaching Hospital, respectively.

He said search and rescue operation was still ongoing at the scene, adding that security personnel have cordoned the vicinity.