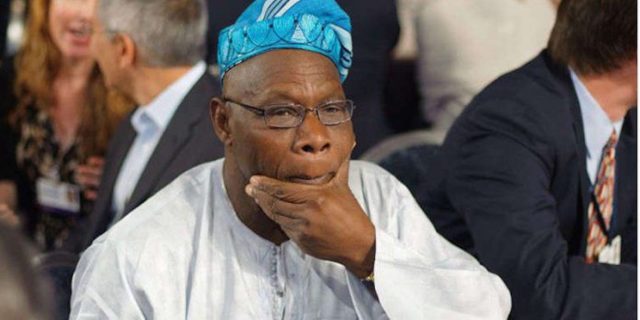 The Igbimo Odo Yoruba has dared the federal government to arrest ex-President Olusegun Obasanjo over the letter he wrote to President Muhammadu Buhari following the killing of Mrs. Funke Olakunrin by suspected herdsmen.

The ex-president in his letter said, “The main issue, if I may dare say, is poor management or mismanagement of diversity which, on the other hand, is one of our greatest and most important assets. As a result, the very onerous cloud is gathering. And the rain of destruction, violence, disaster, and disunity can only be the outcome.”

Reacting, the Miyetti Allah called for the arrest of Obasanjo regarding his position taken on the national issue in the letter.

In a counter-reaction, the Igbimo Odo Yoruba through its Secretary General, Olufemi Lawson, stated that the federal government would be calling for a clash if Obasanjo is arrested.

The group also berated the Miyetti Allah group for their boldness in making public comments despite attacks done by its members across the country.

It further urged Obasanjo to remain consistent and feel free to call the incumbent administration to order when need be.

The Igbimo Odo Yoruba’s attention has been drawn to a media statement today, by a faction of the dreaded Miyetti Allah Cattle Breeders Association, calling on the Federal Government to arrest former President Olusegun Obasanjo, over comments made by him in his open letter to President Muhammadu Buhari on Monday.

We strongly consider this ridiculous call by this faction of the notorious Miyetti Allah group as not only an insult but a joke taken too far by these characters, who have today become an organization of national security concern to the average Nigerian. We want to liken the latest call for the arrest of former President Obasanjo to the infamous 30 days ultimatum issued by one of its surrogate organizations known as the Coalition of Northern Group CNG, over issues around the establishment of cattle colonies by the Buhari administration.

READ  From Cart Pusher To Senior Advocate Of Nigeria: 17 Facts About Ebun Olu-Adegboruwa

We hereby dare the Federal government to arrest President Olusegun Obasanjo and see what will be the fallout of such action.

It is worrisome that people who ordinarily should be behind bars for the numerous crimes against humanity in Nigeria, that were the issues around which Chief Obasanjo letter focused on, are now audacious enough making media appearances and issuing further threats to the security and stability of our country.

We loudly say that for the federal government to make any attempt to arrest Chief Obasanjo or any of our leaders, who have risen to the occasion of calling on this administration to act, in the face of a likely national disintegration, being fuelled mainly by the atrocious activities of the members of Miiyetti Allah will not augur well, not only for the present government, but also every enablers of the atrocities being committed against Nigerians, particularly in the southwest.

Today, Nigerians are watching helplessly, as Fulani herdsmen masquerading as Miyetti Allah, keep tormenting innocent citizens while carrying out lots of atrocities against non-Fulani communities with the federal government not raising an eyebrow.

We repeat that if Buhari’s government continues to keep quiet as these marauders keep insulting our sensibilities without immediately putting an end to their criminalities across the country, we shall no longer take it kindly with the government and those assaulting our people.

If this administration wants to make any arrests, they should start from these criminals and terrorists who have made lives miserable for us and are pushing our country completely to the brink.

Whoever thinks of arresting President Obasanjo or any of our leaders should immediately bury such thought because it will backfire seriously on them.

We also want to call on government and security agencies to immediately call these factions of Miyetti Allah to order against making disparaging statements that are uncalled for. There is nothing unusual about citizens particularly elder statesman like Chief Obasanjo, speaking against politics of the incumbent provided they are based on facts.

We urge Chief Olusegun Obasanjo to remain consistent and feel free to call the incumbent administration to order when need be.