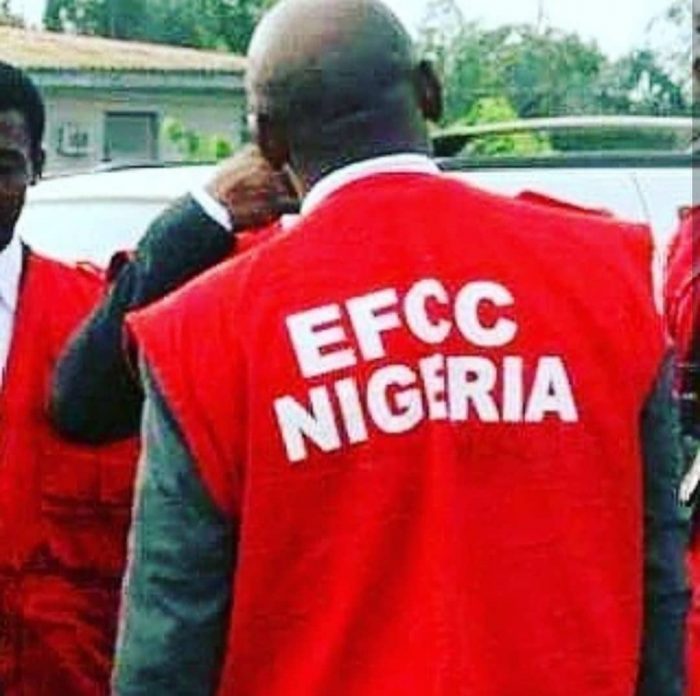 The Economic and Financial Crimes Commission, EFCC discloses that the commission has seized the passports of 34 top officials who served under former Kwara State Governor Abdulfatah Ahmed over a N22 billion London-Paris Club refund.

The commission further revealed that ten of the officials have been on the watch-list to prevent them from fleeing the country.

The N22billion covers the N21billion drawn from the refund and the N1billion allegedly intercepted by the EFCC during the February/March elections. There are four cases on alleged mismanagement of billions of naira by some ex-office holders in the state.

According to the Nation Online, a top source, who spoke in confidence, said: “There are monumental cases of fraud already uncovered in Kwara State during the tenure of the ex-governor. We may need to call for reinforcement to be able to conduct the different dimensions of the ongoing probe. So far, we have seized the international passports of 34 former commissioners and top government functionaries during the administration of ex-Governor Abdulfatah Ahmed.

“Out of the 34, about 10 former officers have been watch-listed to prevent them from escaping abroad. And if they travel out, we can effect their arrest in any jurisdiction. The list of the short-listed suspects has been sent to the Nigerian Immigration Service (NIS) to prevent them from acquiring new passports.”

In a statement yesterday, EFCC’s Head of Media & Publicity Tony Orilade said the agency’s Ilorin Zonal Office “has submitted the particulars of individuals on its watch-list and under investigations in the state to the Nigerian Immigration Service, NIS, Kwara State Command. It said the Acting EFCC Chairman Ibrahim Magu made this known through the Ilorin Zonal Head of the Commission Isyaku Sharu during a visit by the Comptroller of Immigration Service, Kwara State Command Edith Onyemenam.

The statement quoted Magu as saying those whose passports were seized had been trying to procure police reports to deceive the Nigerian Immigration Service (NIS) to issue them new passports. Magu said:

“The need to familiarise the NIS with the particulars of such personalities under EFCC’s investigation became necessary following intelligence at the disposal of the commission that some highly-placed individuals undergoing corruption probe and on the commission’s watch-list in the state have procured forged police reports with which they plan to apply for new international passports to escape from the country.

“Information at the disposal of the Economic and Financial Crimes Commission in Ilorin reveals that these highly placed individuals are planning to use forged police reports to re-apply for new international passports to flee the country in other to escape prosecution and justice. The commission urges you to use your good office to place these individuals under strict surveillance.”