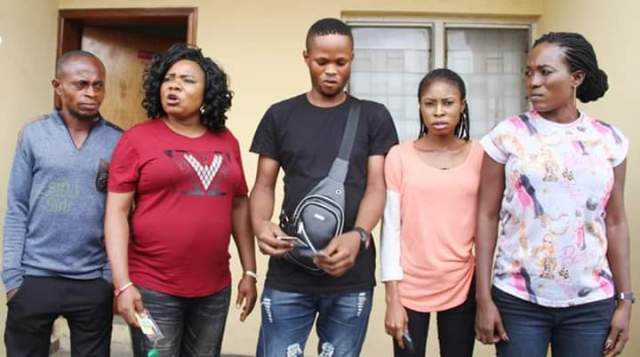 Kehinde was arrested alongside 14 other suspected passport racketeers on Thursday, July 18, 2019 at the Immigration Service Passport office, Alagbon, Ikoyi, Lagos, following intelligence reports received by the Commission leading to series of surveillance about their alleged criminal activities.

The suspects allegedly conspired to extort money from unsuspecting members of the public applying for international passports.

Items recovered from the suspects at the point of arrest include: Five laptops, mobile phones and several official documents. READ  Man Weeps After Fraudsters Sold Fufu As Iphone 7+ To Him At Computer Village (Video)
Share this Post[?]