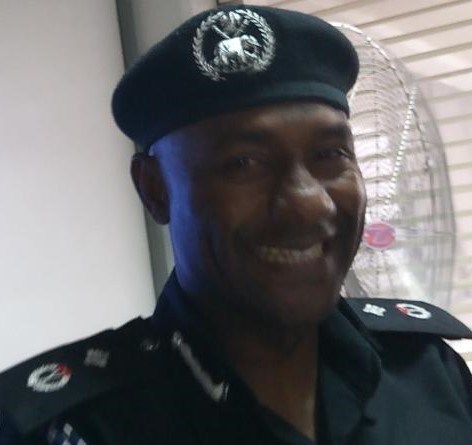 Photograph of the Deputy Police Commissioner, Usman Umar Belel that was killed during a clash between Members of the Islamic Movement of Nigeria, IMN also known as Shiites and the Nigerian Police Force at the National Assembly area earlier today in Abuja.

He was said to have been shot while trying to pacify the protesting Shi’ite members. He later died at an undisclosed hospital and has been buried this evening according to Islamic rites.

His janaiza prayers were held about 2 hours ago at the ABUJA Central Mosque.