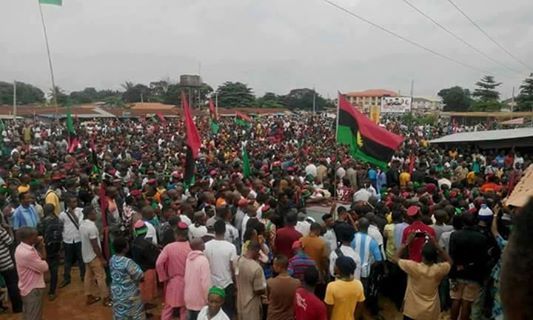 Youths in the South East region have been urged to see themselves as critical elements for the unity and survival of Igbo race.
A chieftain of the All Progressives Congress (APC), Chief Johnbosco Onunkwo, stated this in Awka on Monday during the summit of Ohanaeze Youth Wing Worldwide with the theme “The Fate of Igbo Youths in Present Nigeria”.

He urged the youths to optimise their potentials towards contributing to national development.

Onunkwo, who was installed as the Grand Patron of the body, said youths must eschew internal rancour and resist bribery capable of smearing the image of the association.

He pledged to use his status as the Grand Patron of the body to galvanise youths and the association to play the leading role in the development of Igbo nation.

He said: “Our agenda is to bring together all Ohanaeze youths, reconcile them and hold symposia on the importance of Ohanaeze youths in the uplift of Igbo nation.

“What we are doing is for the good of our people, every son and daughter of Igbo must join Ohanaeze youth so we can bridge the gap in the Igbo question.”

He further called on members of Ohanaeze to insulate the organisation from partisan politics, just as he urged the youths to engage in active politics especially at the national level.

“In Ohanaeze, we have people from different political shades and even non partisans, our goal is to insulate Ohanaeze from partisan politics while ensuring that our members participate actively in national politics.

“The challenge of the youths could be resolved through constructive engagements and warned those distabilising the organisation with monetary inducement to desist from such acts,” he added.

National Leader of Ohanaeze Youth Wing Worldwide, Chief Arthur Obiora, said the summit was to appraise the condition of youths and recognise those that contributed to the progress of the body.

He described the Igbo youth as hardworking and industrious who needed fair environment to express their ingenuity, just as he pledged his readiness to sacrifice his blood for the Igbo cause.