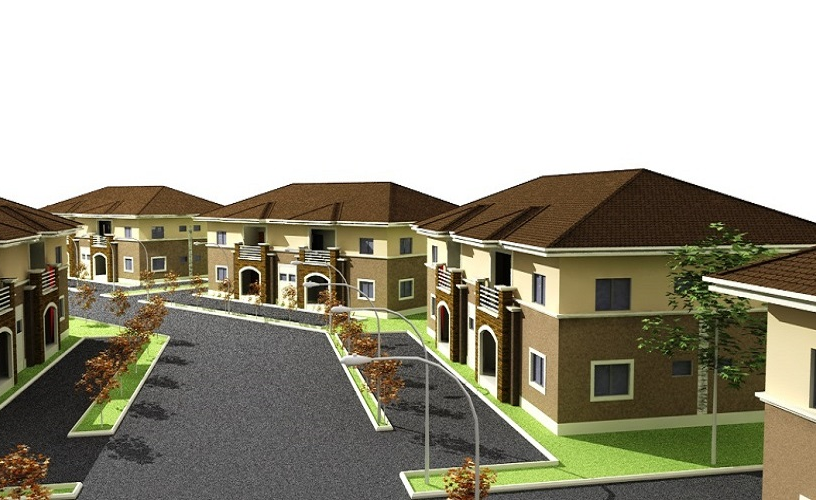 Just like its past promises to release the names of those who looted the national treasury, the Federal Government, the other day, vowed to make available to the public the names of 200 individuals who own massive property holdings purchased with illegally acquired funds in Maitama, a tony neighbourhood in Abuja.
According to the report, the affected persons would need to sufficiently and convincingly explain the source(s) of the money with which the houses were acquired otherwise, they would be required to return same to the government.

The vow by the government was expressed by the Senior Special Assistant to President Muhammadu Buhari on Prosecutions, who doubles as the Chairman, Special Presidential Investigative Panel for the Recovery of Property, Okoi Obono-Obla, at a workshop with the theme: “Tackling Corruption Through Improving Transparency in Property Ownership” where he also launched what was described as “Properti Tracka.”

Although it is not clear why government was making the vow to release the names, it obviously does not need permission from the affected individuals to expose their names, that is, if that is even necessary.

If government had incontrovertibly ascertained a case against the individuals, all it would need is an order from a competent court of law to go public with the names.

There is, however, no doubt that government’s intention to release the names would be in furtherance of the fight against corruption in the country.

It is, indeed, another way for the government to “name and shame” the said individuals.

Good as the strategy might appear it however, will only be impactful if such individuals still have some any iota of shame in them.

But it bears asking: why would only 200 names be released?

Is it not possible that there are more culprits or the 200 persons are the ones on whom government has good evidence for prosecution or conviction in court yet?

Why would only owners of property in Maitama, Abuja be singled out for such fight against a national malaise? Why would the scope of catchment not cover the entire capital territory or, indeed, the country?

The Federal Government must begin to appreciate that Nigerians are losing their patience over its seeming inability to get all the plunderers of the economy to take full responsibility and account for their criminal deeds.

So, the citizens who are anxious to see suspects face the consequences of their deeds are uninterested in government’s handling of this issue.

Diligent investigation and prosecution that will result to convictions and sentencing of the suspects are the people’s expectations, not just “naming and shaming” of persons who, in the first instance, lack the emotion and sensitivity to feel ashamed of their unpatriotic virtues and values.

Rather than ‘vowing’ to release the names (Nigerians and non-Nigerians) of illicit property owners in Maitama, Abuja and, indeed, other places within the country, the government should busy itself with ensuring that proper investigations are conducted and concrete evidences are obtained that will make it impossible, through the instrumentality of the laws of the land, for any suspected individual to escape justice.

It obviously would not make any sense, for government to merely name the suspects and then expect them to show evidence of non-culpability.

That would be a very corrupt way to fight corruption.

Government should have identified the suspects, conducted discrete but thorough investigations and secured incontrovertible documentary and other relevant evidences that would cause their conviction in court.

In this type of situation what Nigerians would hear would not be a vow or promise to name the suspects but that the suspects had been charged to court to defend themselves.

This way, the journey to concluding each case would be straight, short and obstacles-free.

And Nigerians would have the opportunity to follow through each case without the usual one-step forward and three-steps backward associated with government’s handling of matters of this nature.

Politicisation and biases would be significantly reduced, if not completely eliminated.

As it were, Nigerians are tired of non-tenured government’s promises and vows on issues relating to the fight against corruption in the country, which have become a norm.

They want the government to do all that is right and permissible in law to combat the cankerworm of corruption.

They believe, and rightly too, that government has the authority and power to uphold and enforce the law, provided appropriate due processes and procedures are followed.

They are supportive of enduring measures and strategies that would not only unmask individuals and organisations that had corruptly soiled their fingers but also to cause a stop to further pillaging of the national purse.

If, however, the government would be bent on, offering promises or vows before proceeding to do what is legally right and within its powers and authority, and for which it was elected into office, it would behoove it to always indicate to the people the time-frame within which the promises or vows would be expected to be fulfilled.

Otherwise, there would be no means to determine the effectiveness of government in keeping its words.

And when this becomes the trade mark of a government, its words, promises and vows would become moving targets without certainty of accomplishment.

Such would be in the interest of neither the fight against corruption nor the citizens and the government of the day.