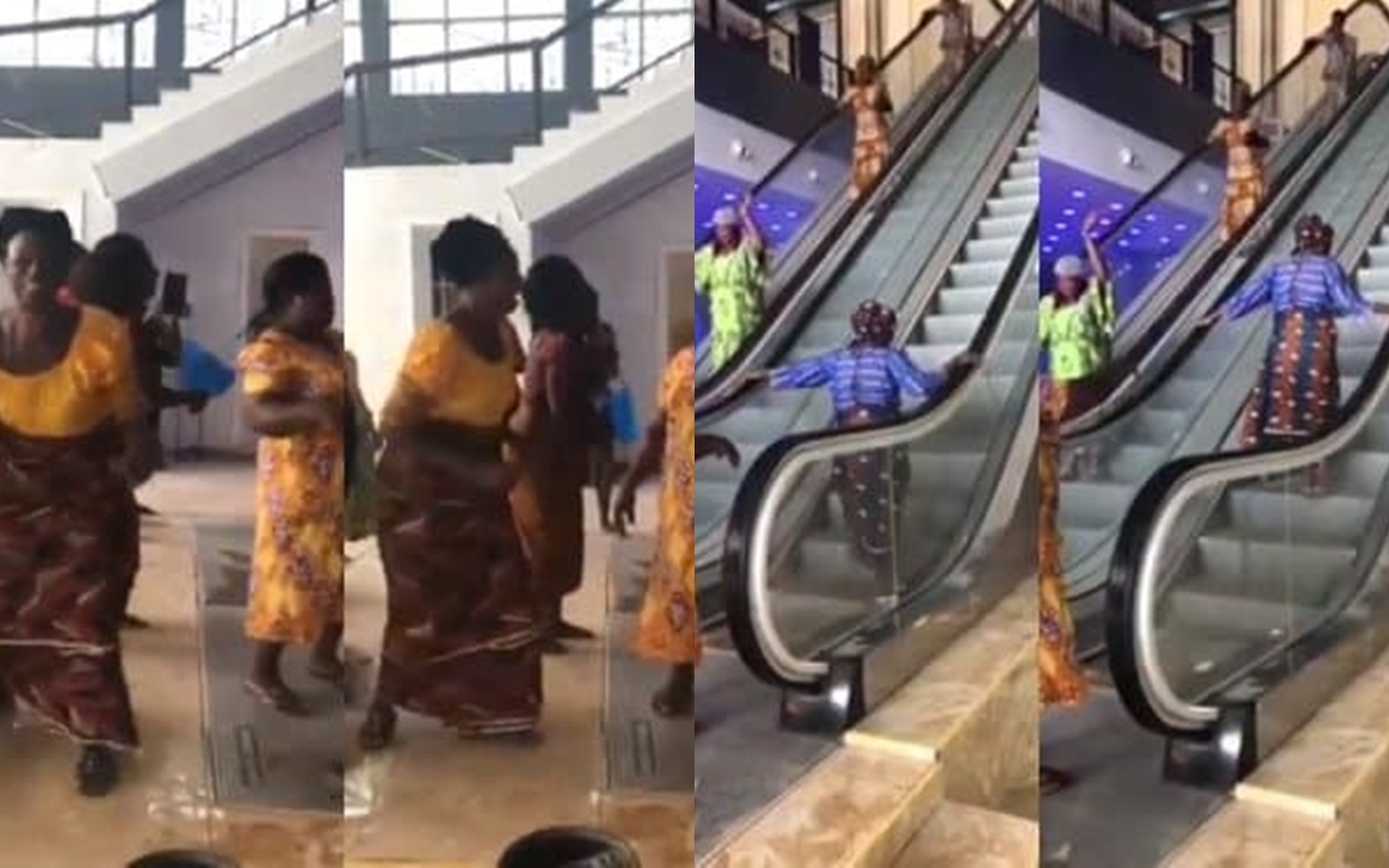 In a new episode of the hilarious things we find on social media, some women have been videoed being overly elated after they spotted an escalator for the first time.

The said women were stunned about how the escalator worked at the shopping mall and they took turns in mounting it. In the video, it’s clear that some of them expressed fears about mounting the structure which is designed to move people to a height higher and also lower them.

It apparent that such ultra modern facilities are rare sights in the state as they were seen clapping and dancing as they played around the structure.

Social media users have reacted to the viral video hilariously.

Watch the video below,