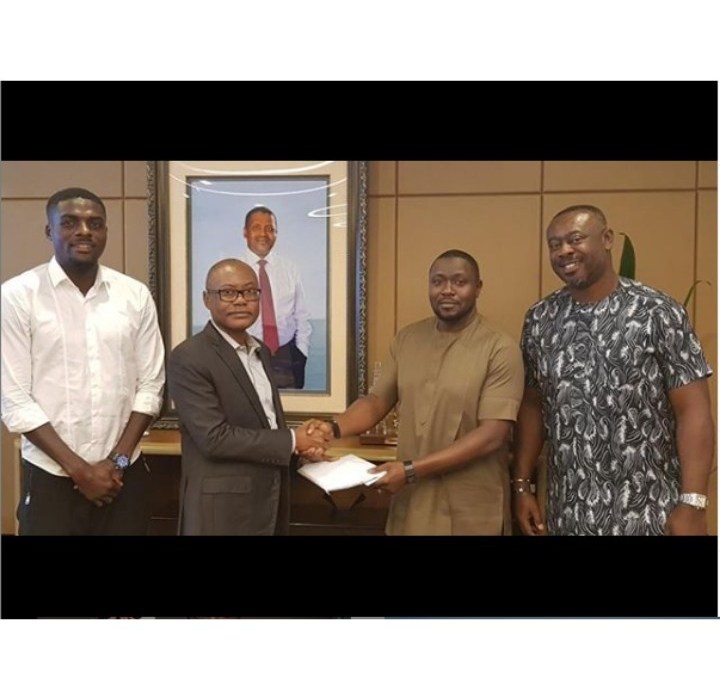 Africa’s wealthiest man and Nigerian philanthropist, Aliko Dangote has also redeemed his pledge of $50,000 to the Super Eagles.

Recall that at the just-concluded 2019 African Cup of Nations in Egypt, Dangote and his billionaire friend Femi Otedola pledged $75,000 together for every goal scored by the Super Eagles of Nigeria in the knockout stage of the tournament.

Yesterday, Otedola redeemed his pledge of $25000 per goal to representatives of the Super Eagles. The representatives also made a visit to Olakunle Alake, GMD of Dangote Group who presented them with a cheque of $50,000 of behalf of Aliko Dangote.

‘Business tycoon Aliko Dangote today in Lagos redeemed his pledge of $50,000 to the @NGSuperEagles for their one goal against Algeria in AFCON 2019 semi-final. Money was presented by Olakunle Alake, GMD of Dangote Group accompanied by Anthony Chiejina, Chief Corp. Comm. Officer. The team was represented by John Ogu, Team Admin. Enebi Achor and Kit manager Chidi Ngoka,’ the Nigeria Football Federation wrote on Instagram.