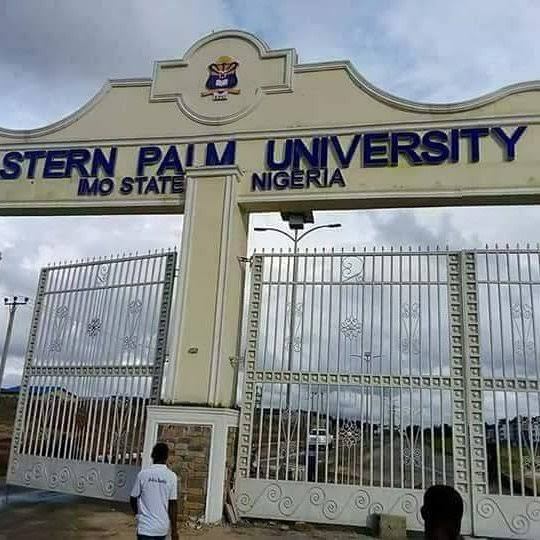 The Imo State Government has taken over the Eastern Palm University, Ogboko. The institution has been converted to a campus of the Imo State University, Owerri. The 8th Imo Assembly had passed a law allotting a 90 per cent equity shares to trustees of Rochas Foundation and 10 per cent to Imo state government

Chairman, Committee on the Review of Newly-established Tertiary Institutions in Imo State, Prof. Jude Njoku, told newsmen in in Owerri yesterday that the committee established a primacy case that the institution was established with state funds.

He said the committee also recommended that two of the newly established polytechnics be made campuses of Imo State Polytechnic, Umuagwo; while the other two be converted to model technical schools. The College of Education (Technical), Egbema, was recommended for reversion to its status of secondary school, while the technical component of it programmes of the college at Ihitte Uboma.