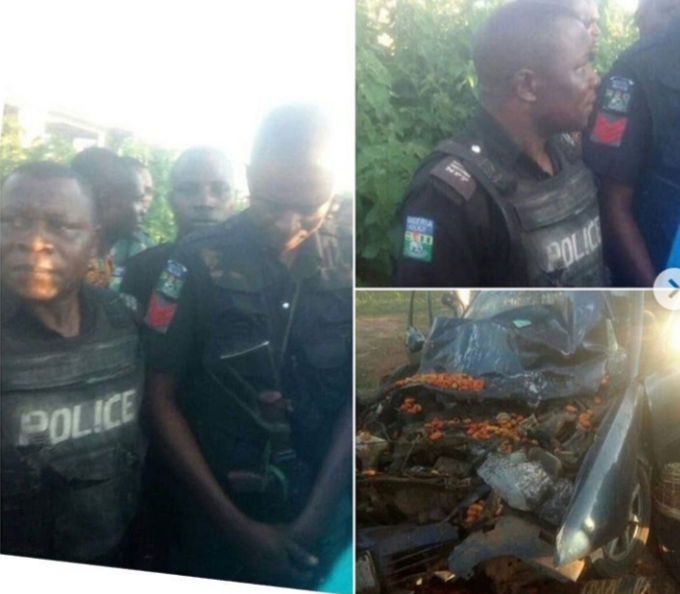 This accident was caused by a policeman who collects N50 bribe from bus drivers and delays any driver who feels reluctant by seizing his bus or car keys till the driver gives him N50.

According to Eyewitnesses, the policeman was delaying a car driver for refusing to give him N50 bribe while another bus carrying heavy loads ran into it and resulted into a fatal accident.

However, residents who live along Ilorin Airport Road have apprehended the police man for causing fatal accident over N50 bribe.