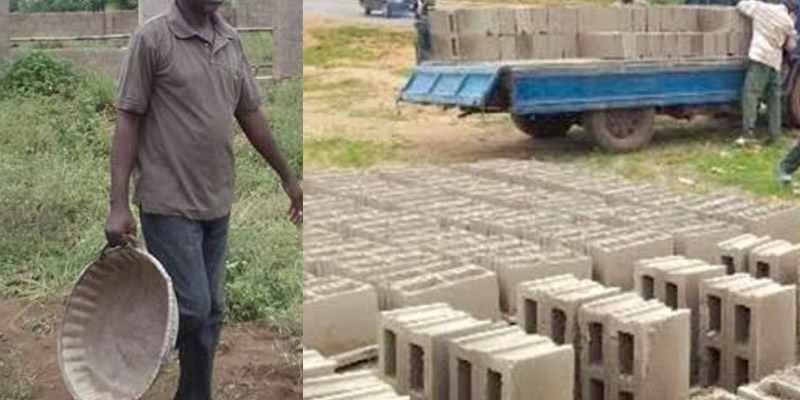 A 27-year-old labourer, Raymond Abite was sentenced to 18 months in prison by a Lugbe Grade I Area Court, Abuja for stealing 165 concrete blocks.

Abite who was charged by the police resides at Gua-ba village, Kuje Abuja with two-count of criminal trespass and theft.

The judge, Alhaji Abubakar Sadiq, who sentenced Abite after he pleaded guilty, however, gave him an option to pay a fine of N15, 000.

Sadiq said that the punishment would have been more severe if he had not pleaded guilty and saved the court the pains of prolonged prosecution.

Earlier, the prosecution counsel, Austin Urom, told the court that on Aug.1, Mr Thomas Ogbeta of Dantata Kuje, reported the matter at the Kuje Police Station.

Urom told the court that the convict trespassed into the complainant’s site at Kuje and stole 165 concrete blocks.

He said that during police investigation the convict admitted to the crimes.

Following the plea of the convict, the prosecutor prayed the court to try him summarily, under Section 112 (8) of the Administration of Criminal Justices Act, 2015.