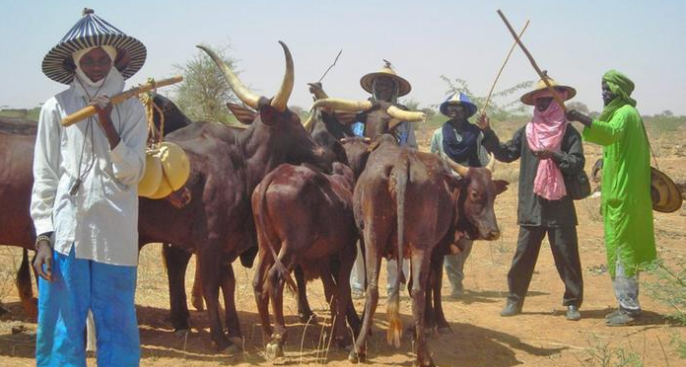 The Miyetti Allah Cattle Breeders Association of Nigeria, MACBAN, has spoken on alleged threat to stop supply of cattle to the southern part of the country.

Its Katsina State chapter debunked the rumors on Wednesday, explaining that it was not aware of such decision.
State Chairman, Atiku Abubakar, told Vanguard that he had not heard or received any communication from its national leadership.

The offical, however, assured that any information on the directive, if any, would be made public.

Meanwhile, MACBAN has condemned what it called blanket criminalization of herdsmen nationwide.

The group said there were good people among them, and that people should not take advantage of the infiltration of the group by some criminal elements to label all herdsmen as killers.

Chairman of MACBAN, South East zone Alhaji Gidado Siddiki, in a statement, pleaded for “better understanding in information peddling, so as to avoid the often misinformation, half-truths and outright falsehood that the gullible public very often gets fed with.

“I plead with Governments, Traditional and Religious leaders, as well as other influential groups in the South East not to relent in their advocacy for peaceful coexistence amongst Nigerians wherever they choose to live and ply their legitimate businesses.

“I plead for truthfulness, fairness and restraints in information management so as to avoid tendencies of unfair blanket criminalization of any group of people.

Siddiki advocated that criminals, wherever they are identified, should be made to face the full wrath of the laws of the land.