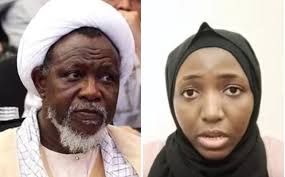 Suhaila, daughter of Ibraheem El-Zakzaky, leader of the Islamic Movement in Nigeria (IMN), says her father is suffering from lead poisoning which could result to his death.

In an interview with BBC, El-Zakzaky’s daughter said the cleric deserves to get proper medical attention.

“I am really worried… especially because of the lead and cadmium poisoning,” she said.

“His doctors say if he gets to a certain level his organs could start failing and that’s really scary because that means he could just die at any moment.”

Suhaila said her father told her that he was unhappy with the heavy presence of security operatives at the Medanta Hospital, New Delhi, where he is for treatment.

The IMN leader had departed Nigeria for India on Monday following the medical leave that a Kaduna high court granted him.

But on Wednesday, El-Zakzaky raised the alarm that the situation in India was worse than Nigeria. He had said he was denied access to his preferred doctors while security operatives were caging him.

The federal government had dismissed the cleric’s claim, accusing him of making unreasonable demands, including wanting to check into a 5-star hotel.