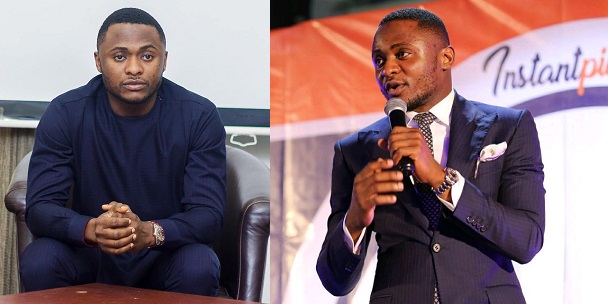 Music Executive, Ubi Franklin has taken to social media to shake a table that has so many Nigerians on it.

The Father-of-4 shared a photo with some deep words for the Nigerian Youth.

Stop allowing motivational speaker drive you into a place a delusion and intense confusion.

Not everyone wil be an Entreprenuer Many social media users have suggested Ubi was talking about the Obiwanna Okeke scandal, a forbes-rated Young Nigerian Billionaire who until his arrest by the FBI for fraud, was a source of inspiration to many Nigerian Youths. He was arrested last week on the last day of his trip to the United States for allegedly defrauding top American companies of huge sums. Notably, he allegedly scammed $12m from a steel company by hacking into an executive’s office365 account and sending an email with a fake invoice to the purchase department. His arrest came after Special Agent Marshall Ward of the FBI and the team he heads opened up an investigation in July 2018, following a petition by Unatrac Holding Limited.