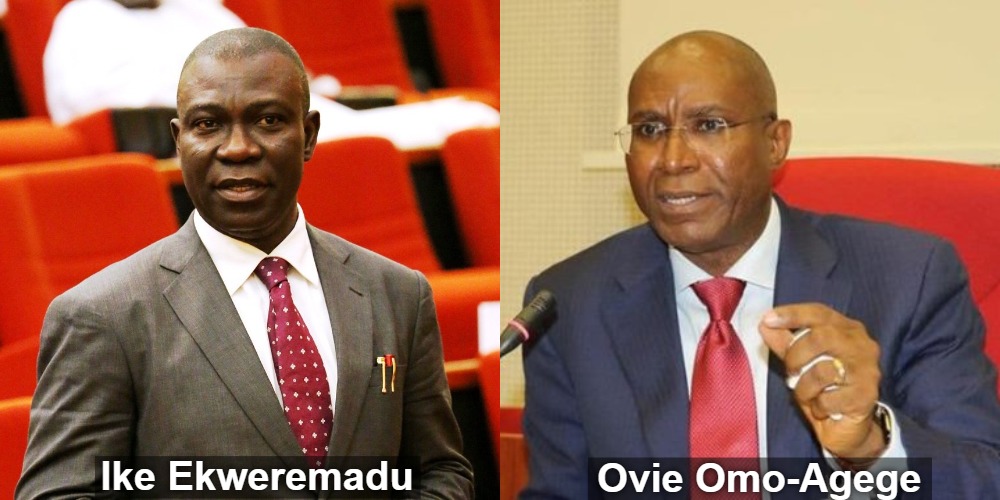 The Deputy President of the Senate, Senator Ovie Omo-Agege has condemned the attack on his predecessor, Senator Ike Ekweremadu, describing it as an affront on the Igbo and Nigeria.

In a statement issued in Abuja on Sunday by his Special Adviser on Media and Publicity, Mr. Yomi Odunuga, the DSP said the attack was not “only a dastardly exportation of irrationality but an aggressive international affront against the image of Igbos and Nigeria”.

Ekweremadu was on Saturday attacked by members of the Indigenous Peoples of Biafra (IPOB) in Nuremberg, Germany.

Reacting further to the attack, Omo-Agege expressed shock over the undeserved assault and called on law enforcement agencies in Germany to investigate and bring to book all those involved in the vicious attack.

“Senator Ekweremadu honoured the invitation of patriotic Igbos in Germany who wanted him to deliver a keynote address at the event organized to commemorate the New Yam Festival.

“But some aggressively discourteous elements hijacked the effort to perpetrate a disgraceful assault that seeks to deepen the portrayal of members of the Independent People of Biafra (IPOB) as enemies of democratic norms and values.

“What they did is not only a violent assault against the good image of the Igbo race across the world but an aggressive attack against the traditional norms of a people known to be hardworking and respectful of meaningful contributions by leaders such as Senator Ekweremadu.

“Such disappointing physical abuse also grossly disregards Senator Ekweremadu’s democratic antecedents and his longstanding commitment to the cause of his people. But, as he has said out of the usual largeness of his forgiving heart , these people know not what they do.

READ  Soyinka: Buhari, Atiku not options for presidency in 2019

“Such criminal attack, along with other anti-social attempt to accuse, condemn and lynch anyone remains utterly condemnable and illegal, notwithstanding whether it takes place on Nigerian or foreign soil as it is the easiest invitation to anomie,” Senator Omo-Agege said.