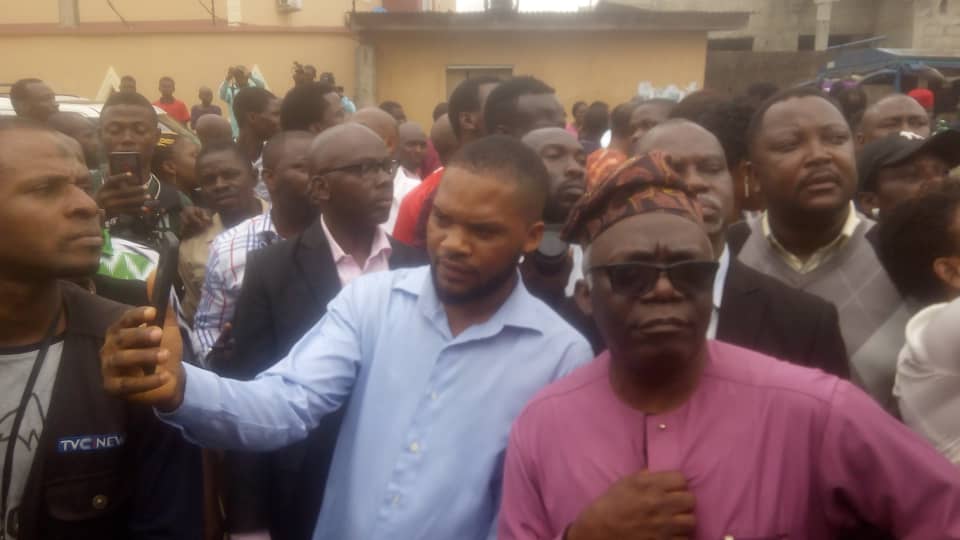 Officials of the Lagos State Police Command on Monday, August 19th sealed the venue of a gathering of pro-RevolutionNow activists to discuss the affairs of the nation.

According to reports, scores of well armed police officers from the command invaded the venue of the gathering very early in the morning and barricaded the entrance of 46 Ibijoke Street, Oregun area of Ikeja, Lagos, Southwest Nigeria. Activists and journalists who arrived the area were driven far away as no one could access the venue.

Activist, Femi Falana and others were supposed to speak at the gathering aimed at discussing a repressive regime and wanton insecurity in the nation but armed policemen were on ground and made sure no one gained entrance into the venue.

Activists and journalists were however emboldened to come closer to the venue of the event when Falana arrived and had discussion with the police officers. Falana told them that the Commissioner of Police did not have the right to stop a peaceful gathering anywhere in the state.

The leader of the police team, Sodiq Yusuf however told Falana that they were acting on the order of the police commissioner not to allow anyone into the venue in order to avoid violence. Falana assured them that as long as he is around, there would not be violence, but Yusuf insisted that he must get clearance from his boss first and then after sometimes, he came back to say that the commissioner of police had now permitted them into the venue, but not until after thorough screening of those going inside the venue.