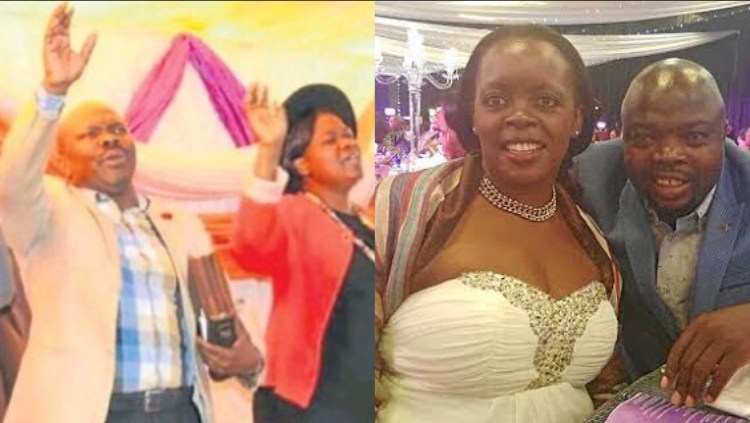 Popular South African televangelist, Pastor Zabulon Buthelezi has been accused of impregnating the wife of a community leader and member of the Zion Christian Church (ZCC) in Boksburg.

Narrating how his wife denied him sex for 6 years while allegedly giving it to the televangelist on the side, the ZCC leader alleged that his wife of 20 years also abused him emotionally by insisting on bathing naked in his presence without allowing him touch her. He disclosed that his wife backed her refusal to give in to his conjugal rights by citing the differences in their religious belief.

In the affidavit filed at Boksburg magistrate’s court, the jilted man also accused the founder of Revelations of Christ Apostolic Mission Church of threatening his life when he confronted him with proof.

The ZCC leader also stated he never suspected his wife was in an amorous relationship with Pastor Zabulon Buthelezi even with his repeated visits to their house, till he overheard his wife telling their daughter that she was in love with him.

“Every time I tried to touch her, she would parry my hand and threaten to open a case of rape against me if I continued to try my luck.

“He said he has a lot of beautiful women at his church, and he is going to deal with me because I dirtymark (sic) his name,” he wrote in his court papers.

READ  13-year-old Girl Born Out Of Incest Impregnated By Her Father, Ugochukwu Nwonwu In Abia

Sunday World reported that Buthelezi refused to subject himself to a paternity test to determine if he was the father to the man’s wife’s child born on June 22. The popular South African Pastor and the man’s wife also declined commenting on the case already in court.

The case was adjourned to September for the court to determine if the founder of Revelations of Christ Apostolic Mission Church will be forced to go through the paternity test.