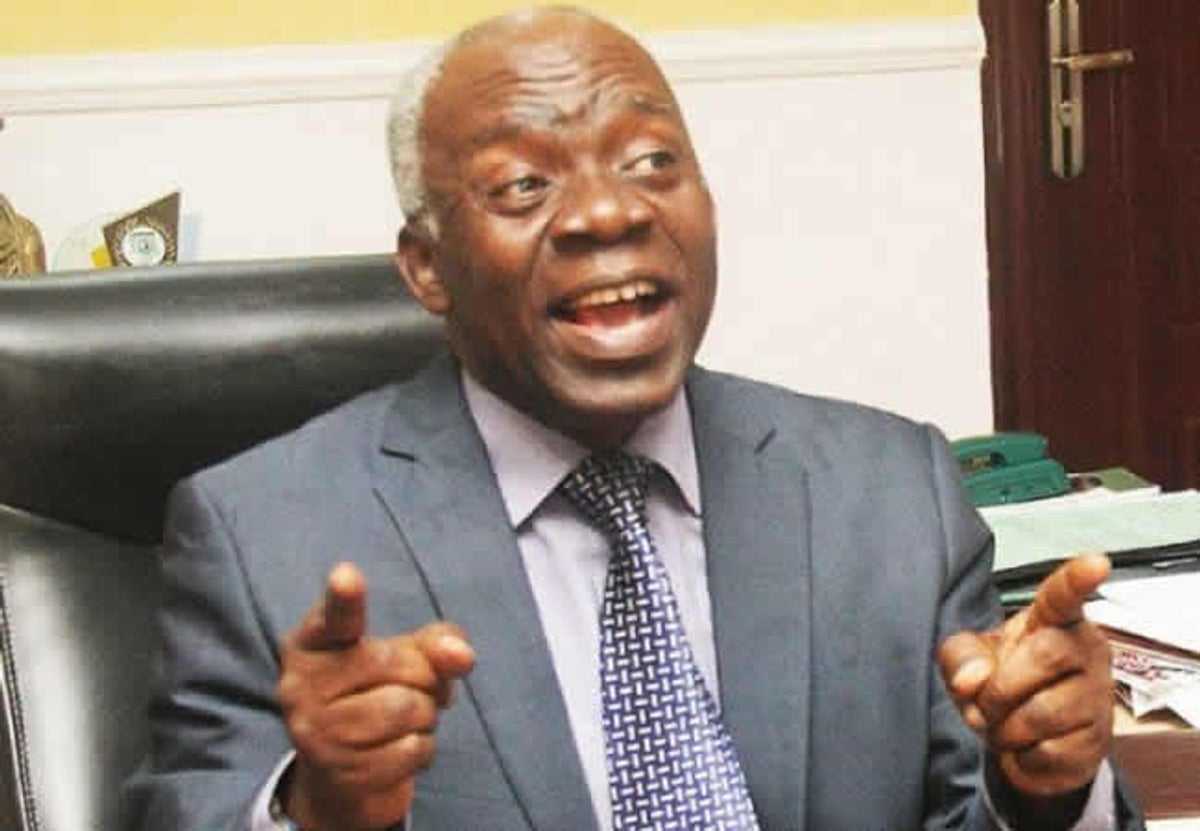 Human rights lawyer, Mr Femi Falana, SAN, on Thursday, prayed the Federal High Court, Abuja, to give him a date for hearing in his application regarding Mr Omoyele Sowore’s, Convener, #RevolutionNow protests detention.

Sowore. who is presently in detention had, on Aug 9, approached the Federal High Court, Abuja, seeking an order to vacate the ex parte order that gave the Department of State Service (DSS) the legal backing to detain him for 45 days.

News Agency of Nigeria (NAN) reports that Justice Taiwo Taiwo, in a ruling on Aug. 8 in an exparte application, ordered Sowore’s detention for the said period to enable the DSS carry out and conclude its investigation on allegations levied against him.

The DSS had also, on Tuesday, challenged the court order, allowing it to detain Sowore for 45 days against its request of 90 days pending investigation.

Sowore, who is the publisher of SaharaReporters and Presidential Candidate, African Action Congress (AAC) in the Feb. 2019 general elections, was arrested in the early hours of Aug. 4 by the operatives of the DSS in a hotel in Lagos.

The state agency said Sowore was arrested on account of the #RevolutionNow protest which he had spearheaded.

However, in a motion on notice, brought pursuant to sections 6 (6) (B), 35 and 36(4) of the Constitution of the Federal Republic of Nigeria, 1999 as amended, section 293 of the Administration of Criminal Justice Act, 2015 and under the jurisdiction of the court, Sowore asked the court to vacate the order on the grounds that the order was made in violation of his full rights.

The motion filed on Aug. 9 by Falana, was predicated on 18 grounds and supported by a 24 paragraphs affidavit deposed to by one Marshall Abubakar.

However, Falana, who arrived in Court 10 during the court session at about 1. 05 p.m. on Thursday, walked to the back seat.

He was not in his lawyer’s attire.

No sooner had he sat down than Justice Taiwo called his name: “Mr Falana, any thing? You are not in your robe.”

The human rights lawyer stood up, walked to the aile, bowed his head and said: “My Lord, I am here in respect of the motion we filed last Friday (Aug. 9).”

The judge said: “I saw it and the reason I have not done anything is that I am ending my own vacation sitting tomorrow (Friday).

“We served them since last week,” Falana, who was visibly unhappy, responded.

He, however, asked if the judge could hear the motion the next day (Friday).

Justice Taiwo, who appealed to Falana to exercise patience to decide on the case he was handling suggested they meet in his chamber to discuss on fixing the date for the hearing.

And as soon as the judge was done with the case, he rose and Falana joined him in the office.

After few minutes, Falana came out and the newsmen approached him.

Although he declined to grant an interview, the lawyer: “We filed our motion since last week and it had not been heard but the DSS filed its own and within 48 hours, it was heard.”

He, however, told the journalists that their motion on notice would be heard next week by another judge.

“Another judge will take over on Monday and we will get the date from the judge,” he said.