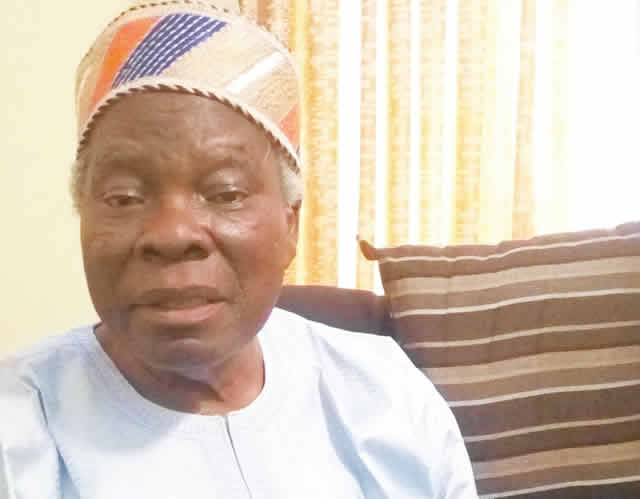 The Assembly of All Yoruba Groups Worldwide on Thursday picked, Prof Banji Akintoye, as the new leader of the Yoruba race.

The delegates of the groups, who converged on Ibadan, Oyo State capital for the fourth Yoruba leadership choice, unanimously endorsed Akintoye after his nomination by the Chief Imam of Yoruba in Ilorin, Sheikh Abdulraheem Aduamigba.

The nomination, which was said to be based on the antecedents and contributions of Akintoye to the development of the Yoruba race, was thereafter affirmed by the delegates of the Yoruba groups that attended the meeting.

Akintoye, who was absent at the event, was said to have satisfied the qualities set by the groups for a new leader of the race.

The convener of the event, Comrade Victor Taiwo, while addressing the delegates, regretted that the Yoruba race was being threatened and ailing terribly.

He said, “Why are we gathered here today? Our land, our nation, our race, the great Yoruba country is ailing terribly. We are in turmoil. We are in a moment of trouble. We are on the verge of subjugation. Our racial existence is being threatened.

“The giant is sleeping. The lion is running comatose. Our land is sick and we have been searching for an antidote to the ailments bedevilling us. Therefore, today, we are here to collectively begin the process of addressing the ailments towards our wholesome revitalisation.”

He lamented that the present administration at the federal level had lost the control of the situation in the country, saying that why was the Yoruba people needed to save their racial pride and existence.

“Taiwo said,” Today, or over the time, the economy of the country has consistently nose-dived. The political machine is fast crumbling. The social services have gone clogged. The infrastructure is in decay. The educational system has gone comatose. The health system has been jaundiced. The legal or judicial machine is rotting away.

“Everything in the country is sliding into the abyss. The country literally runs on shadow system and the last straw that is fast breaking the camel’s back is the state of insecurity in the land whereby life has become the cheapest article in our markets as the citizens are now susceptible to wastage at the will and with all impunity, chief of which is the Fulani aggression, onslaughts and expansionism agenda of the country.”

The convener, however, lamented that after the death of the last Yoruba leader, Chief Abraham Adesanya, the race has not been able to have another person that would lead its struggles and agitations.

He said some of the qualities or credentials that were considered to arrive at a new leader include wisdom, high intellect, patriotism to Yoruba cause, passionate commitment, bravery, courage, uncompromising trait among others.

Also speaking at the event, the Baale of Ekotedo, Chief Taye Ayorinde, said it was time for Yorubas to rise and defend themselves in the face of intimidation and oppression.

He stated that Chief Obafemi Awolowo, Chief Adekunle Ajasin and Adesanya were not chosen as leaders because of other factors than their activities and commitment to the cause of the race.