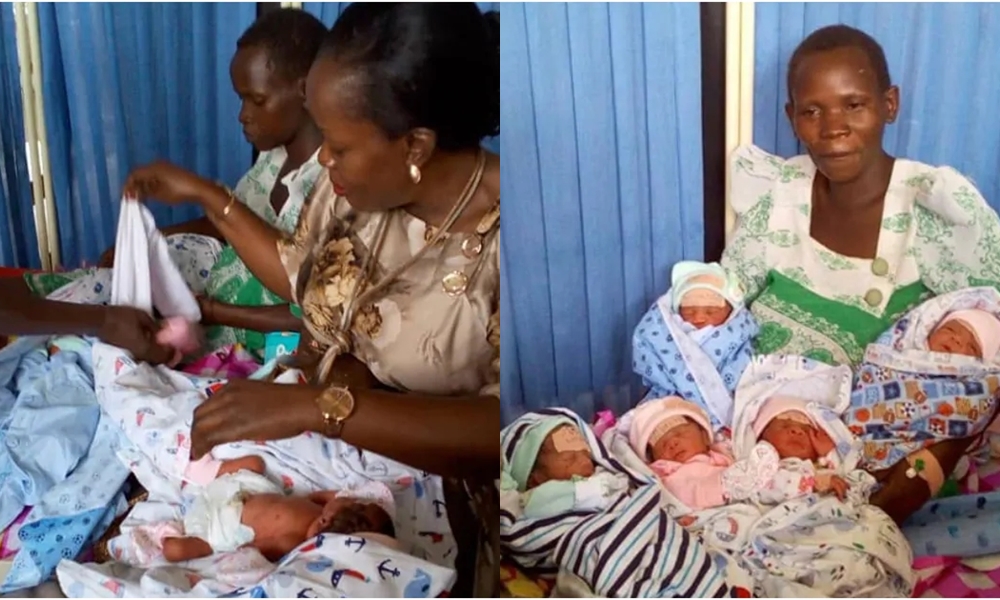 According to the Daily Monitor, Sofiat, all through her pregnancy thought that she was expecting twins.

On Saturday, August 24, the expectant woman gave birth to one boy at home and was later rushed to hospital when people discovered another baby was on the way.

When Sofiat arrived at hospital, her second baby was born also weighing 1.5 kilograms.

Moments later, three other kids were born through normal delivery.

“She had a normal delivery and the five babies are fine, in good health and without any defects. After every three hours they are breastfed and given glucose. The mother is fine, all has been done to contain the bleeding and she is even washing clothes,” midwife Maureen Babine said.

According to the lady, doctors always told her she was carrying two babies whenever she went for her antenatal hospital runs. “I am surprised to deliver five because when I went for a scan at Nsinze health centre, medics told me that I was carrying two children,” the mother said.