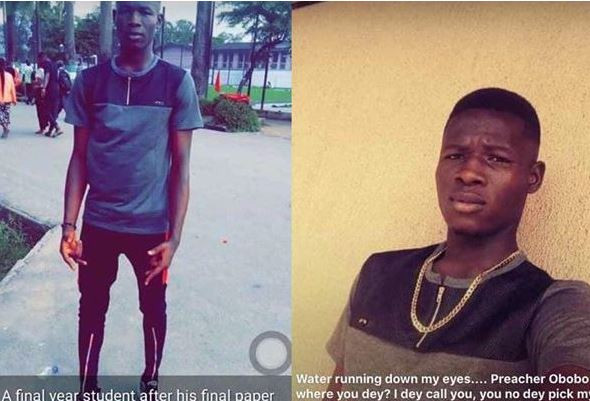 Ajayi Samuel aka Preacher, a final year Accounting student of the Federal College of Education (Technical), Akoka, Lagos, an affiliate of University of Benin, has been shot dead by suspected rival cultists.

Some cultists had stormed the school during the final students signing out yesterday and shot sporadically in the air before leaving.

However, today, they returned and trailed Samuel – said to be an only child – to a canteen where he had gone to eat. While stepping out of the canteen, they shot him in the neck, killing him instantly.

Immediately the news of his death got home, his dad and mom rushed to the scene crying. His body has since been evacuated by the police.