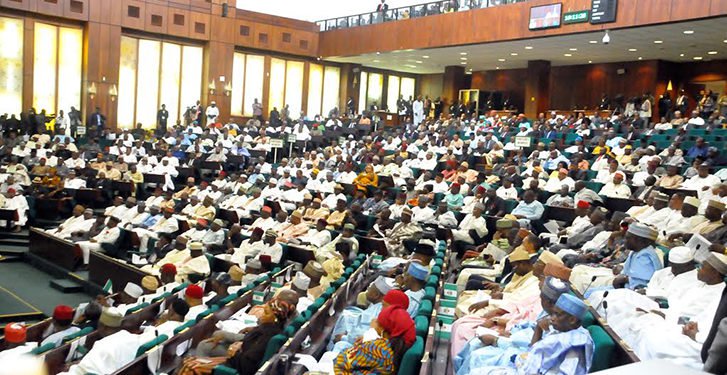 Immediate past governor of Ekiti state has been summoned by the Ekiti State House of Assembly to appear before it to throw light on the alleged misappropriation of local government funds while in office.

The Assembly in its plenary on Thursday took the unanimous decision sequel to the adoption of the recommendations of the joint Committee of the House on Public Petition and Local Governments that were recently directed to look into a Petition submitted to the Assembly by eight suspended PDP council chairmen.

The Assembly had in December, 18 2018 suspended indefinitely all the 16 Council Chairmen and 177 Councilors to pave way for forensic audit of the councils’ account over alleged fraud.

While eight were reinstated in July, 2019 following a petition filed appealing for their reinstatement, others suspended for further forensic investigation.

Presenting the report in Thursday’s plenary, the Chairman of the Public Petition Committee, Hon Adegoke Olajide said the remaining eight chairmen on suspension made a plea to the house for the review of their indictment and possible reinstatement.

Olajide said the suspended chairmen during an appearance before the Committee confessed to have diverted funds of their councils on monthly basis to an account but said the action was in compliance with the directive of the immediate past governor.

He said the Council chairmen who provided documents to back up their allegations, claimed that the instruction to withdraw the council fund was often passed to them through the former ALGON Chairman, Mr. Dapo Olagunju and the commissioner for local government, Mr Kola Kolade.

The Assembly also summoned a former Speaker of the House, Pastor Kola Oluwawole, some suspended members of the Fifth Assembly as well as the former Governor over the passage of a ten billion naira revised Appropriation law towards the end of the tenure of the former Governor.

The motion for the summon was moved by the House Leader of government Business, Hon Gboyega Aribisogan on the recommendation of the report of Ad-hoc Committee set up to probe the hurried passage of the 2018 revised Appropriation law.

Fayose’s Media aide, Mr Lere Olayinka was also directed to appear before the Lawmakers for alleged unremittance of commercial revenue of above N13million while serving as supervisor at the state owned broadcasting service of Ekiti State.

The summon was consequent upon a motion moved by the Chairman of the House Committee on Media and Public Affairs, Hon Ayokunle Yemisi and seconded by Femi Akindele representing Irepodun/Ifelodun Constituency 1

Mrs Ayokunle alleged that Lere Olayinka mismanaged the fund of BSES where he served as Director General thus subjecting the organization to serious debt.

She claimed that Olayinka purchased two cellphones at the sum of #430,000 and approved for himself a traveling allowance of #7m and accomodation fees running to #14m.

She added that Oayinka on many occasions diverted fees meant for BSES to his personal account with the number 207779689 hence the account should be frozen.

In his remark, the Speaker Rt. Hon. Funminiyi Afuye said the house would continue to do it’s best at sanitizing the state and ensuring prudence in the management of its resources.

Afuye who pronounced the summon of Olayinka on a date to be communicated to him, urging the Anti-graft agencies to freeze his account immediately.

In a swift reaction, Fayose through his media aide, Mr Olayinka said: “Ex-Governor Ayo Fayose will not dignify an assembly of clowns who are under the total control of a governor who is desperately in search of ways to cover his electoral thievery and failure to secure the acceptance of Ekiti people.

“If they have any evidence of financial impropriety against him (Fayose), they can ask the man who used SMS to appoint them to invite EFCC operatives and accommodate them in the Government House as he has done on many occasions