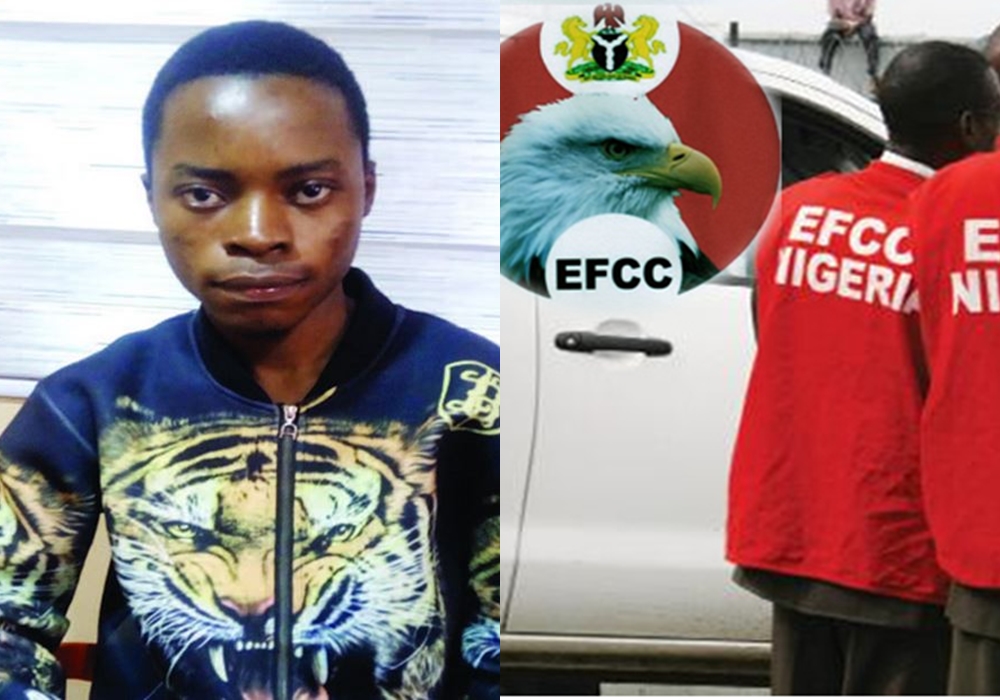 A suspected cyber criminal has opened up about his criminal activities after being arrested by the EFCC.

The 19-year-old Emmanuel Amadi, was arrested last week at Iyana Ishasi, Lagos, by men of the Area F Command, Ikeja, for cybercrime. He tells AFEEZ HANAFI how he went about the fraudulent act

What is your name?

How old are you?

What state are you from?

Ebonyi. I am an undergraduate – a 200-level physics student at the University of Ebonyi.

How long have you been into cybercrime?

How did you start?

I started blogging and from there I went into Forex trading and cryptocurrency, mostly Bitcoin.

How did you learn it?

I learnt it online via Youtube videos and articles.

How did you get people to trade with you?

I got my clients through advertisement on WhatsApp groups and some blogs.

How many people have fallen victims to your deals?

How do you operate?

I would go to some Bitcoin trading sites and trade in cryptocurrencies. When the currency price goes high, I gain. But when the price does not rise or it falls, I lose and ultimately the person that gives me the money loses.

What went wrong in the deal between you and the complainant, Obina Emmanuel, in this case?

His wife first gave me N50,000 to trade and I paid her N19,500 as interest, in addition to her investment. There was a referral bonus of five per cent. She invited somebody and I gave her N5,000 referral bonus. I later paid the person up to N65,000. The person increased her investment to N150,000 and I gave her almost N100,000, including interest and referral bonus. Later, the woman invited his husband, Emmanuel, who invested N1m. He also invited his friend who invested N200,000. The wife also invested N60,000. The market was not good then. I traded with N200,000 but I lost and decided not to trade again.

I spent it to take care of personal things. I used it to buy clothes, shoes, an Infinix X4 phone and some other things I needed to be comfortable.

How did you handle your studies and trading together?

What drove you into it?

I know about trading and I thought I could help people make a profit while I also benefit.

Why didn’t you return the remaining money?

Was your father aware of your fraudulent dealings?

No, I lied to him that a company in Ebonyi engaged me to render some IT services to them when the school was on long holidays. I needed full concentration to do those things very well. So, I needed to be in school where nobody would disturb me. I asked my friend to call my father and pretended as if he worked with the company.