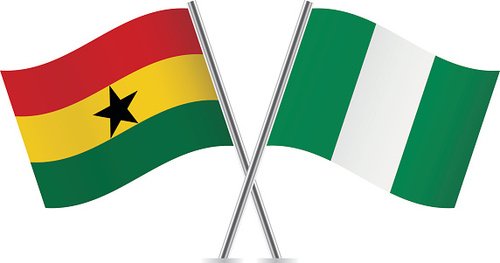 The bilateral relations between Nigeria and Ghana would be strengthened as both nations have come together as partners through arts and culture to co-host rhe Anglophone film festival starting from 2020.

The film festival is stipulated to hold every two years and alternate between Nigeria and Ghana at selected venues in both countries. The courtesy visit paid by Dr. Chidia Maduekwe, Managing Director, Nigerian Film Corporation to the Ghana Ministry of Tourism, Arts and Culture led to the birth of this and other positive collaborative decisions.

Discussions which took place at the Ministry Headquarters in Accra, Ghana, had an elated Deputy Minister, Dr. Ziblim Iddi (MP) as head of Ghana team and host of the meeting. Dr. Ziblim Iddi (MP) described NFC’s helmsman’s visit as a healthy development that will further engender both nation’s desire to create an enabling environment for African film makers to ply their businesses across international borders.

The deputy minister averred that Nigeria and Ghana shared common and fundamental similarities especially in culture and arts, with people of both nations, very enterprising. The creative industry in both countries, he said had vast opportunities which are yet untapped, and which Nigeria and Ghana could immediately begin to explore.

Speaking, Dr. Maduekwe, informed his host of the numerous efforts by the Nigerian Government, through the Nigerian Film Corporation to robustly engage domestic and foreign film stakeholders, including public and private agencies in the development of the creative industry. The fulcrum for the sustainable development of the film sector and promote a harmonious film art and business is the emplacement of beneficial partnerships and collaborations, he further said, while informing his host on the key mandate of the NFC.

Dr. Maduekwe assured that all issues discussed and agreed, will be captured in the memorandum of understanding that would be signed soon. Some of the key collaborative and partnership issues which both nations agreed on include, a formalized co-production agreement between Nigeria and Ghana, provisions for students exchange programme between premiere film institute’s of both nations, (the National Film Institute, Jos, and the National Film & Television institute, Accra), co-hosting of Anglophone Biennial Film Festival, among others.