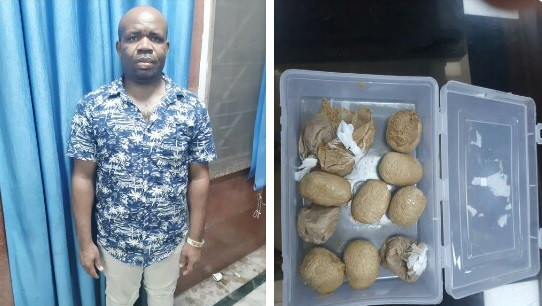 At Nand Nagri Area of North East District in Delhi, a 37-year-old Nigerian national was arrested on Friday, August 30.

On his way to meet a receiver in North East of Delhi, the suspect identified as Uchenna Isreal Obutt was caught redhanded.

“We received a tip-off that around 2 pm a foreigner will be going to deliver contraband in Uttar Pradesh and he will come with heroin near the Nand Nagri flyover,” Deputy Commissioner of Police (Northeast) Atul Thakur said.

A trap was laid and Obutt was apprehended, he said. After a search, 600 grams of heroin, worth about Rs 1.25 crore in the international market, was seized from him, he added.

The accused has been booked under the Narcotic Drugs and Psychotropic Substances Act, Thakur said.

During investigation, it was found that Obutt was arrested by the Crime Branch in 2015 for using a fake visa. He was released on bail in February 2018, the officer said.