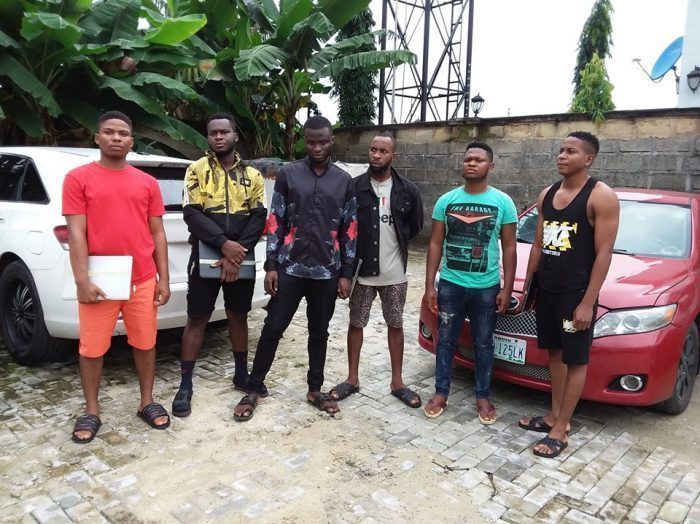 The Uyo Zonal Office of the Economic and Financial Crimes Commission (EFCC) said it had arrested over 60 suspected internet fraudsters and secured 37 convictions since 2017 in the state.

The Zonal Head of the Commission, Mr Garba Dugum, disclosed this while briefing newsmen in Uyo on Tuesday.

Dugum, who was represented by the Deputy Zonal Head, Alex Ebbah, said EFCC was collaborating with the America’s Federal Bureau of Investigation (FBI) in the fight against cyber crimes.

Dugum said the directives by the acting Chairman of the commission, Ibrahim Magu, to launch an independent raid against the fraudsters culminated in various strategic raids and onslaught on their hideouts.

“In furtherance to the acting Chairman’s directive to all the zones, we have independently launched intensive investigative actions against this infamous “Yahoo Yahoo Boys” culmination in various strategic raids and onslaught on their hideouts.

“Our efforts in this regards have recorded tremendous success which resulted in over 60 arrests, 37 convictions and recovery of exotic cars and properties suspected to have been acquired through the proceeds of the crimes,” he said.

Dugum said the commission had gone beyond arrest, investigation, prosecution and conviction of internet fraudsters.

He said the commission now embark on sensitisation programmes to educate the youth on the implications and the need to stay away from the crime.

He lauded the collaboration with FBI and other International Law Enforcement Agencies in the fight against internet fraudsters.

Dugum added that the commission had so far received about 20 different cases of internet fraud reported directly by the FBI through the United States Department of Justice some of which are under investigation.

He mentioned the cases received through Mutual Legal Assistance by other International Law Enforcement Agencies to include five from Hong-Kong Police, five from Danish and Norwegian Police and four from Israeli Police.

Others include, three from Austria Police; one from Sweden Police, one from Zambian police and another from Bulgarian Police.

He said the investigation of the cases had resulted in seven arrests involving a whooping sum of money in foreign currencies.