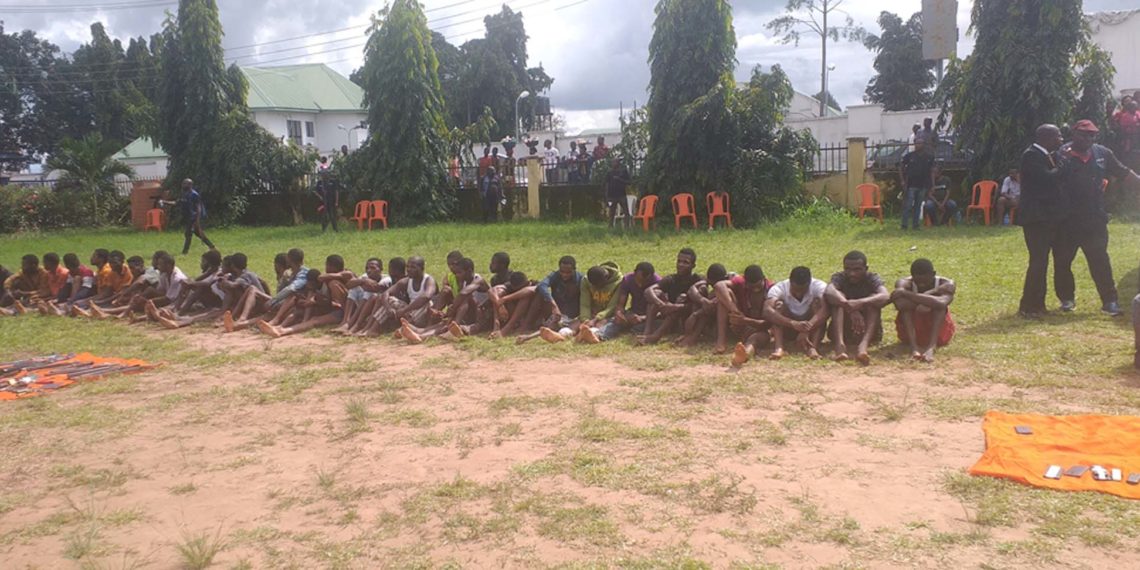 The Imo State Police Command Thursday paraded 72 suspects believed to be behind the recent wave of criminalities across the State.

The Commissioner of Police, Rabiu Ladodo, said that the suspects were picked at different points within the state and beyond within the last six weeks.

He said that the clampdown on criminal elements in the state is in line with the “Operation Puff Adder” launched by the Inspector General of Police, which he said is still in force.

According to him, 22 kidnap victims were rescued, while 11 stolen vehicles were recovered within the time under review.

Among those paraded were members of a notorious kidnap syndicate that specializes in the abduction of under aged children at their homes, often times in the dead of the night.

The suspects, Chukwuemeka Onyebuchi (43) and Aina Nwachukwu aged 45, were arrested on a tipoff after they stole two minors, Oluwa Chukwu Opanwa (4) and Promise Opanwa (2), both female of the same parents at Umuobum in Ideato South Council Area of the state.

According to the CP, the Police are on the trail of other fleeing members of the gang; while efforts are on to recover the stolen children.

Also arrested, was a member of a gang of serial rapists, Stanley Ebere, who participated in the gang rape of an 11-year old girl in the company of the fleeing members of the gang