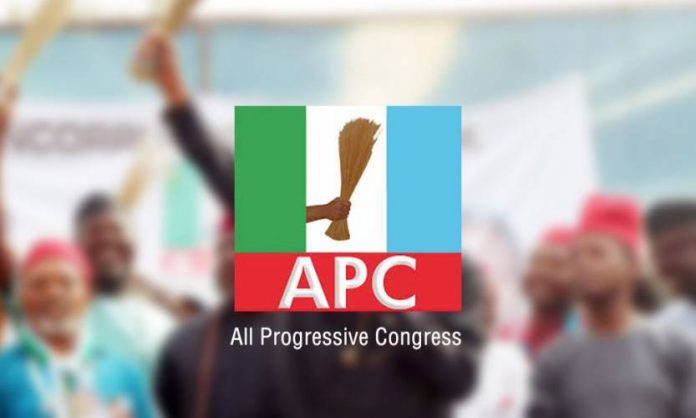 The National Working Committee (NWC) of the All Progressives Congress (APC) on Thursday took a critical look at the recent attacks on Nigerians in South Africa and asked the federal government to immediately take steps to nationalise all South African companies operating in the country.

National Chairman of the party, Comrade Adams Oshiomhole, who briefed the media after a meeting of the NWC, said the non- nonchalant attitude of the South African government to the constant killing of Nigerians in South Africa is a clear indication that they approve of the attack.

Oshiomhole said that Nigeria can no longer pretend to be the big brother of Africa when Nigerians were being harassed and killed by citizens of other countries who fail to appreciate Nigeria’s contribution to the fight against apartheid.

He said while the NWC take note of the diplomatic option being taken by the government and is not recommending any military action, it believe that Nigeria need to send out a bold message to south Africa and indeed other nations that Nigerians re not chickens to be killed anyhow.

He said: “We have discussed the attacks on foreigners in South Africa, particularly blacks who are predominantly Nigerians. Having listened to all the explanations from the authority in South Africa, we have come to the conclusion that these people are not being accused of being illegal immigrants nor are they involved in any illegal activities.

“Those who have business permits to set up businesses, whatever business theyare involved in, they are operating within the letters of the law. Over the last one year, virtually every week, Nigerians are being wasted in one part of south Africa or the other.

“We know that the government has had conversation with the South African authority, drawing their attention to these and other abuses that Nigerians have been subjected to. But the escalation of the attack on foreigners which include Nigerians has reached a level that is no longer tolerable.

“At one time, people wonder whether these attacks have the backing of the south African government. What has been clear over the period is that the South African authority has not demonstrated sufficient commitment to bring these attacks to an end.

“Inspite of the fact that the lives of many people have been wasted, not one South African is known to have been convicted ad sentence to prison for their role on the attack on foreigners, killing them and looting their businesses.

“We have been able to watch some of the comments on the recent attack, particularly the one that was made by a deputy Minister of Police Affair that not only endorse the killing and looting of foreign businesses, but refer to the activities of those foreigners who are into legitimate businesses as tantamount to economic sabotage.”

He stressed that “the statement credited to the Youth leader of the ANC also suggest that the ANC as a party in south Africa find nothing wrong in these wanton killings and looting of foreign businesses and killing of foreigners in South Africa.

“However, what we find completely unacceptable is that where as South Africans have continue to benefit from Nigeria and repatriating billions of dollars to South Africa, the South African authorities appeared envious of the menial jobs and petty trading activities of Nigerians.

“The statement by the Deputy Minister of Police that foreigner’s domination of trading and other economic activates in a particular south African city amount to economic sabotage settles it all to the extent that the government has not called that Minister to order appeared to be an official endorsement of the South African authority.

“Having reviewed all these, the NWC commend President Buhari for the leadership in boycotting the World Economic Forum in South Africa. That was a decision well taken and some other African countries have taken similar position.

“What is the essence of having a pan African trade arrangement if African government cannot protect Africans that are doing legitimate businesses in their country.

“We have come to an era when Nigeria can no longer talk of Africa as the centre piece of our foreign policy. It must be Nigeria first, Nigeria second, Nigeria third and thereafter, anything that is consistent with Nigeria national interest.

“We should no longer sacrifice our own national interest just because we want to be a big brother of a people who does not recognise the role and huge sacrifices that our country has made over the years to defend and protect the interest f the African continent.

“As we speak, while South African government is envious of the small businesses which Nigerians are involved in south Africa, South African companies are making billions o dollars from Nigeria and repatriating same out of Nigeria.

“For example, MTN is making huge profit including sometimes, breaching our national laws. South Africans cannot be envious of or small businesses over there while their business giants are smiling to their foreign banks where they keep profit that the repatriate from Nigeria.

“We are aware that not too long ago, MTN was enlisted in the stock exchange and some Nigerians have bought shares from MTN. I think that in moments like this and too send strong message to the south African authority and their people, it is worth it for the Nigerian government to take over the remaining shares of MTN that are owned by south African so that MTN become fully Nigerian own.

“While government think of how to deal with this, I think that in our individual capacities, this is the moment to show our commitment to our fellow citizens and show sympathy to those who have lost loved ones by boycotting South African goods and services, beginning with Nigerians refusing to use MTN services.

“Happily, we have indigenous networks like glo, Mtel and 9 mobile. But if Nigerians decides, at least for the next 30 days as a first step, to stop using MTN, they would have sent a clear message and pay befitting tribute to the life of those whose live have been wasted in South Africa.

“This will be more elegant rather than our people going to the streets and throwing stones against fellow Nigerians and a life being lost in the process.

“This should also give us opportunity to reflect n why we should continue to allow DSTV to continue to repatriate millions of dollars to South Africa every year arsing from their activities in Nigeria. We have to review all those things that give south African companies monopoly such that they make so much money with little value addition.

“To show that we mean business and as a practical step of discouraging more Nigerians from going to South Africa and encouraging those already there to return home, we should that it will be an appropriate message to the South African government that until they find appropriate satisfactory explanation and pay appropriate compensation to those Nigerians whose property has been looted and those killed, south African Airways should be stopped from landing in Nigeria.

“Nigeria need to show that we are not chickens to be molested because the life of every Nigerian matters and need to be protected whether at home or abroad.

“Among the businesses that South Africans are involved in, many Nigerians believe that Shoprite is owned by South Africans. They are repatriating money purely based on franchise. As we know, both the capital with which those shops are built belong to Nigerians and the shop owners are Nigerians.

“But these guys makes profit just with the franchise. I believe that this moment imposes obligation on government to review any of the agreement to enable any South African to begin to develop monopoly in our commercial life.

“We also know that Standard Chartered Bank and Stanbic bank are South Banks, with Nigerians having little shares. It is time to ask them to wind up so that Nigerian banks can take advantage of their departure to expand their operation and maximise their profits and Nigerian government makes legitimate tax from the profit generated by these bank.

“I believe that taking these and other measures which the government will be able to do without wasting much time, we would have enough to save by transferring these businesses to Nigerians and use the profit to rehabilitate those Nigerians whose property has been lost and attempt to provide some succour to those who have lost loved ones.

“Obviously, the situation in South Africa require bold imaginative and direct message that we are willing and ready to match the South African government lukewarm attitude to this attack as if they lives are not important.”