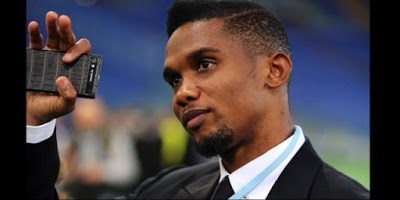 After a trophy-laden 22-year playing career, former Barcelona striker Samuel Eto’o has decided to hang up his boots.

The 38-year-old is best remembered for his glittering spell at the Nou Camp, helping the Spanish giants to win three La Liga titles and two Champions League triumphs.

After five years at Barca, he joined Inter Milan in 2009 where he won the coveted European crown for a third time – this time under the guidance of Jose Mourinho.

Short spells in the Premier League soon followed, with Chelsea and Everton among the 13 professional teams Eto’o has represented during his memorable playing career.