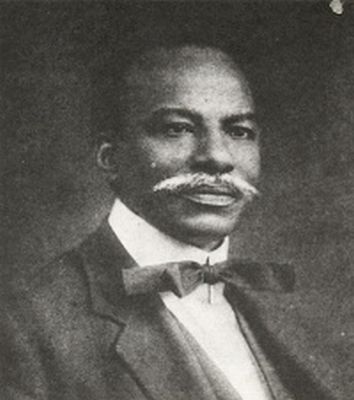 He was the first Nigerian to own a car. He was also the first to found a political party in the country. His iconic photograph adorned the old one naira note and later, coin. But inflation has ensured that no one spends that denomination again — just like his memory fades steadily with the depreciation of history and values in the country. At the height of his fame, his admirers called him “The champion and defender of native rights and liberties”. Some others looked at his politics and his social life and said he was “Ejo ngboro” — loose snake on the street (whatever that means). Lawyers and Law students should remember him each time they cite the landmark land case of Amadu Tijani v The Secretary, Southern Nigeria Provinces (1921) and the locus classicus on chieftaincy case of Eshugbayi Eleko v The Officer Administering the Government of Nigeria (1931). He was the unyielding spirit behind the two cases (and several others) in which the colonial government lost not just its claims but also its face. And yet, an old rival believed he was no hero. Henry Carr, a descendant of a freed slave like him, would see him as a man who displayed “devilish ingenuity” in his politics (see Jide Fatokun, 2018:75). But Carr was the only Nigerian on record who ever had a bad word for Herbert Heelas Olayinka Macaulay, generally known, in Nigerian political history as “father of Nigerian nationalism.”

Thursday, 22 August, 2019 (two weeks and two days ago) a biography of Herbert Macaulay, written by Jide Fatokun, an engineer and former Managing Director of Ogun-Osun River Basin Development Authority, was launched with fanfare in Ibadan. The conclusion of the very interesting, well written book is that Herbert Macaulay was an indigene of Ibadan. The title of the book is, in fact: ‘Herbert Macaulay a.k.a Oyinbo Alawo Dudu: A unique Indigene of Ibadan.’ It is the argument of the author that Macaulay’s grandfather, Ojo Oriare was from Ibadan, and as such, he, the grandson, ipso facto, was also Ibadan. The author quoted Macaulay’s eldest son, Ogedengbe and the Oriare family in Ibadan — and another in Ogbomoso — as his authorities. The book launch drew the cream of Ibadan who proudly owned Macaulay as a valuable addition to their pantheon of great men and women.

READ  My Visit To Air Force Base In Greece (photos)

Now, how correct is that claim? Was Macaulay’s grandfather who was captured, sold into slavery and later freed, truly an Ibadan man? When was the old man captured and when was today’s Ibadan founded? Where was the man captured and is there any relationship between Macaulay’s granddad, Ojo Oriare and the Oriare family of Ibadan? How plausible is the claim by the author that one Odelotan, a warrior who settled in Ibadan after the second Owu war, was the father of Ojo — given the fact that the present Ibadan was founded around 1830?

The facts are: Ojo, a liberated slave, gave birth to Macaulay’s father, Rev. Thomas Babington Macaulay, on January 17, 1826 in Kissy, Sierra Leone. That was four years before today’s Ibadan was founded and that fact shows that Ojo had been freed and had properly settled as a family man in Sierra Leone long before his supposed father, Odelotan joined others to settle in Ibadan after the second Owu war. Perhaps it is necessary to properly situate this war for us to check and confirm if truly it played any role in the family history of Macaulay.

“The Owu war effectively marked the end of a particular phase of Yoruba political development. It started about 1821 between the Owu on the one hand, and the Ife, the Ijebu and the Oyo on the other. It was the cause of the complete destruction of the flourishing Owu kingdom, the signal for the disintegration of the old Oyo Empire and of the rest of the Yoruba country, and it was, moreover, the beginning of the transportation of the Yoruba to Brazil and Sierra Leone. The war ended nominally in 1825. Disintegration and destruction were not, however, the whole story of the aftermath of the Owu war. New edifices rose on the ancient ruins. Ibadan, Abeokuta, Ijaye, Modakeke, Ogbomosho, were either founded anew, or augmented by large numbers of new populations” (Akinjogbin, 1965:24).

Ibadan was one of the settlements that fell and was rebuilt as a result of that war. It was its third experience at being founded. Historians put the founding of the third and present Ibadan at around 1830. Herbert Macaulay himself was born in 1864 – 34 years after today’s Ibadan came into being.

So, could someone (Odelotan) who reportedly came to Ibadan after the Owu war have fathered (in Ibadan), Macaulay’s grandfather who was sold into slavery several years before Ibadan was founded in 1830? Indeed, as has been shown, Macaulay’s granddad, Ojo was already a free, fully grown man in Sierra Leone and was even raising a family there while the Owu war was on. Odelotan who fought in that 1821- 1825 war could therefore, not have been Ojo Oriare’s father. At best, they should be contemporaries in age.

Therefore, as noted by Prof. Bolanle Awe, in her Foreword to Fatokun’s account, the assertion that Macaulay was of Ibadan ancestry has to be properly proved with unassailable records beyond the present claims. And are there such records and proofs? There appears to be none; rather, there are counter proofs which point at somewhere else as the root of Herbert Macaulay. Now, listen.

Isaac B. Thomas, was the Managing Editor of a Lagos based, colonial era newspaper, Akede Eko. He was described as Herbert Macaulay’s “student and friend for 33 years.” On April 20, 1946, he met old, ailing Macaulay in his Kirsten Hall, Lagos residence and had what turned out to be their last deep discussion. Macaulay died on 7 May, 1946. Two months later, Thomas published Macaulay’s biography with facts which he claimed he sourced largely from the man himself.

On page 1 of the biography titled: “Life History of Herbert Macaulay,” Thomas, waxing authoritative, has this to say on the late politician’s ancestral roots:

“The late Rev. T. B. Macaulay (Herbert Macaulay’s father) was the eldest of the three sons of Ojo Oriare of Ore Aganju in the district of Ikirun in the Yoruba Province of Oyo who was popularly known as Daddy Ojo at Kissy in Sierra Leone where he had been taken and liberated during the trans-Atlantic traffic in slaves, and was practising his profession as a native doctor which he had acquired in the Yoruba Country before his capture; and his mother, the wife of Ojo Oriare, was Kilangbe, a grand-daughter of the founder of Ile-Ogo (Ile-Ogbo?) in the Yoruba Province of Oyo in the Southern Province of Nigeria.”

The above should interest claimants to Macaulay in Ibadan — and the other arm of the family in Ogbomoso.

If Ojo Oriare had nothing to do with Ibadan, how come there is an Oriare family in Ibadan which claims him and his grandson, Herbert Macaulay? Is the similarity in name just accidental? Or could it be that the storm of war and slavery which blew Ojo to Sierra Leone, also, in later years, carried a part of his extended family on a windy trip of survival to Ibadan? It will be most enlightening if the Ibadan family, which Fatokun says links itself with a family with same name in Ogbomoso, can do more research into this area. Doing that will be a valuable addition to the very rich literature on Yoruba history — particularly the permanent separation and dispersal of kins occasioned by slavery and slave trade.

So, where is that community called Ore Aganju, Macaulay’s grandfather’s home, where he was captured and sold into slavery? Saturday Tribune searched “the district of Ikirun” in Osun State and found that the town is now simply called ‘Ore’ — a community which used to worship a deity called Aganju, and which was famed for producing mats. It is tucked away in a corner in Odo-Otin Local Government Area of Osun State, very oblivious of its valuable contribution to Nigeria’s history and politics. A few old people there still remember the Macaulay story and the spot where his ancestral homestead used to stand.