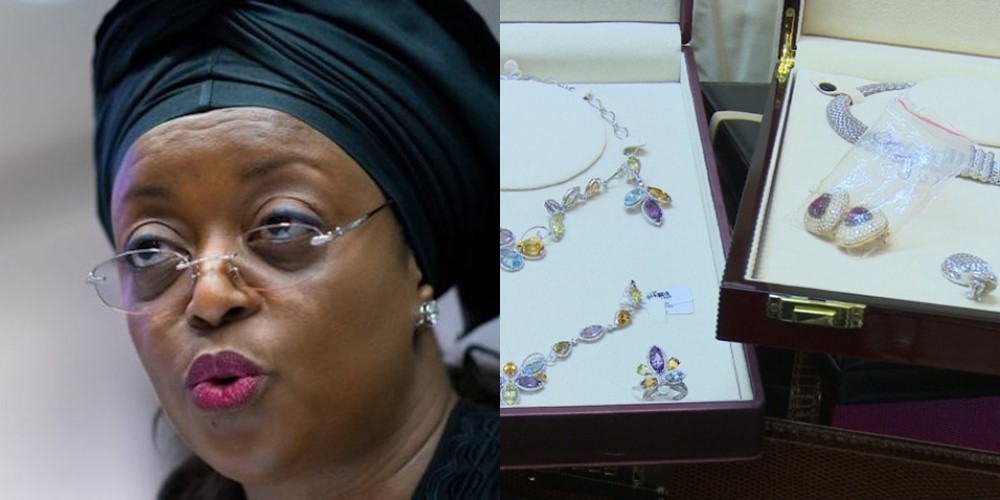 Justice Nicholas Oweibo of the Federal High Court sitting in Lagos, today September 10th, ordered the permanent forfeiture of the 2,149 pieces of jewellery and a customised gold iPhone, valued at $40m, recovered from the Abuja home of embattled former Minister of Petroleum Resources, Diezani Alison-Madueke.

Delivering judgement in a petition filed by Diezani challenging the EFCC’s authority to seize her jewelries, Justice Oweibo held that the former Minister through her counsel, Awa Kalu (SAN), failed to show cause why the items should not be permanently forfeited to the Federal Government.

The Economic and Financial Crimes Commission had in July this year, seized the luxury items which it believes are proceeds from ”unlawful activities”. The antigraft agency told the court that the items were beyond Madueke’s legitimate means.

In his application for the final forfeiture order, Counsel to the Economic and Financial Crimes Commission (EFCC), Rotimi Oyedepo had told the judge that the expensive jewellries comprising wristwatches, necklaces, bracelets, bangles, earrings, a customized gold phone and more were reasonably suspected to have being acquired with proceeds of unlawful activities of the former Minister.

An investigator with the Commission, Rufai Zaki, in an affidavit put before the court insisted that the jewellries were beyond the former Minister’s “known and provable lawful income.”

The investigator further said that findings by the EFCC showed that she started acquiring the jewellery in 2012, two years after she was appointed Minister.

The investigator also said that the EFCC was in possession of the details of the bank account through which Mrs Alison-Madueke received her salary as a minister.

“The respondent did not utilise her salary or any part of her legitimate income to acquire the assets sought to be forfeited to the Federal Government of Nigeria,” Zaki said.

He said a “damning intelligence report” received by the Commission led to the search of former minister’s house at No. 10 Fredrick Chiluba Close, Asokoro, Abuja.

The Former Minister on her part had challenged the seizure of the jewellries from her premises by the Economic and Financial Crimes Commission.

In an affidavit filed on her behalf by her counsel, Prof Awa Kalu (SAN), Diezani, who is currently in the United Kingdom, alleged that the EFCC violated her fundamental “right to own property and to appropriate them at her discretion,” under sections 43 and 44 of the constitution.

She also accused the anti-graft agency of entering her apartment illegally and taking the items without any court order.

On July 5, 2019, The Economic and Financial Crime Commission EFCC had secured an order of the court temporarily forfeiting the expensive jewelleries to the Federal Government.