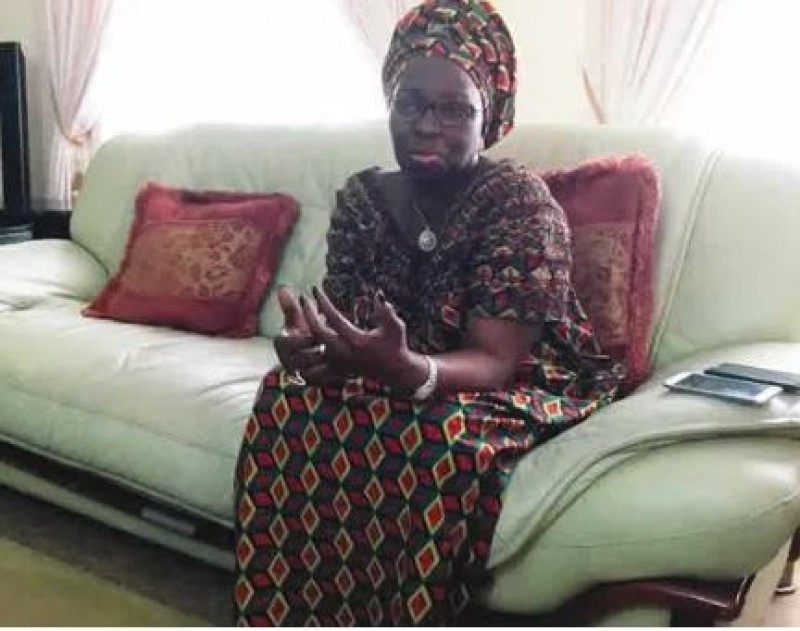 In a bid to recover a debt of N32,136,877.25, the Asset Management Corporation of Nigeria (AMCON) has dragged Agagu Olufunke Ibidun, the wife of former Governor of Ondo state, Olusegun Agagu, before a Federal high court in Lagos, Southwest of Nigeria.

Joined as co-defendants in the debt recovery suit are the son of the former Governor, Agagu Feyisayo Opeyemi and Central Securities Clearing Systems Plc.

In a statement of claim filed before the court by Prime -Gentry Chartered Secretaries &Attorneys on behalf of the debt recovery agency, it was alleged that Agagu Feyisayo Opeyemi, who was a customer of United Bank for Africa Plc applied for a loan and was consequently granted same by virtue of a letter of offer of loan value at N6,177,600 dated 19th June, 2007 for the acquisition of UBA approved shares from the capital market or public offer.

The loan had a tenor of repayment period of 12 months and ought to have been fully repaid by 18th June, 2008.
However, the loan remained unpaid and was accordingly categorized as non performing loan.

AMCON avers that it is entitled to judgement against Agagu Feyisayo Opeyemi as per its statement of claim, having failed to repay the outstanding loan facility.

Pursuant to an application filed by AMCON on October 9, 2018, the court granted an interim order on 12th of December, 2018 directing Central Securities Clearing System Plc to transfer the subject shares to AMCON to preserve same pending the filing of the substantive suit.

However, in a calculated attempt to over reach and foist fait accompli on the order of the court and frustrate the efforts of AMCON to recover the debt, Agagu Feyisayo Opeyemi, having ostensibly gotten wind of the order, purportedly sold and transferred the subject shares to his mother Agagu Olufunke Ibidun on 13th December, 2018.

1. An order against him for the payment of the sum of N32,136,877.25 being the outstanding sums he owed AMCON
Interest at the rate of 15% per annum from 16th of August, 2018 until judgement and thereafter at the rate of 10% per annum until liquidation of the judgement sum.

2. An order granting AMCON a power of sale in respect of the stocks clearly identified to belong to Agagu Feyisayo Opeyemi and all other shares owed by him to be applied towards liquidation of his indebtedness.

The presiding Judge, Proffesor Chuka Obiozor, has adjourned till 8th October, 2019, when the legal battle will resume.