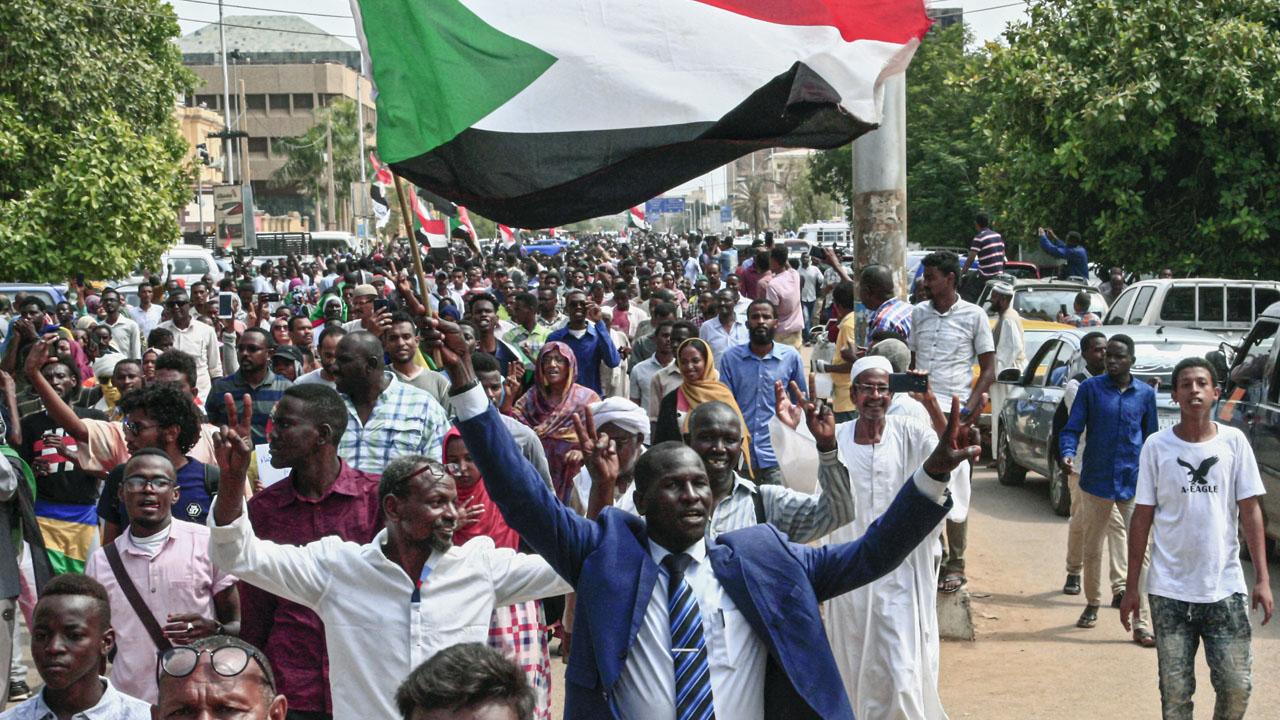 Hundreds of Sudanese protesters rallied near the presidential palace Thursday, seeking justice for comrades killed in demonstrations that rocked the country since December, an AFP correspondent reported.

Mobilised by protest umbrella the Forces for Freedom and Change, demonstrators also urged the new authorities to appoint a permanent chief of judiciary and prosecutor general.

“Blood for blood — we won’t accept compensation!” chanted the crowds near the palace in Khartoum, many carrying Sudanese flags and photographs of those killed in protest-related violence.

More than 250 people have been killed since protests erupted in December, first against now-ousted autocrat Omar al-Bashir and later against a military council that deposed him.

In August, Sudan embarked on a transition to civilian rule thanks to a power-sharing deal signed between protest leaders and the generals, and a joint civilian-military ruling body was sworn in.

That body — headed by Abdel Fattah al-Burhan, who also led the military council before it was dissolved last month — now sits at the presidential palace.

At least 127 demonstrators were killed in a crackdown in early June at a weeks-long sit-in outside military headquarters in Khartoum, according to doctors linked to the protest movement.

Members of the feared Rapid Support Forces militia – headed by General Mohamed Hamdan Daglo, a key powerbroker in the military council and subsequently the new sovereign council — have been widely accused of orchestrating those killings.

On Thursday, protesters also demanded a new permanent chief of the judiciary and a prosecutor general in order to investigate cases against those responsible for the killings of demonstrators.

“The revolution could fail if there’s a delay in these appointments,” a group of lawyers who are part of the protest movement said in a statement.

Similar rallies were also reported in the Red Sea coastal city of Port Sudan and in the towns of Kassala and Madani, witnesses said.

Sudan’s first cabinet since the ouster of Bashir was sworn in on Sunday.