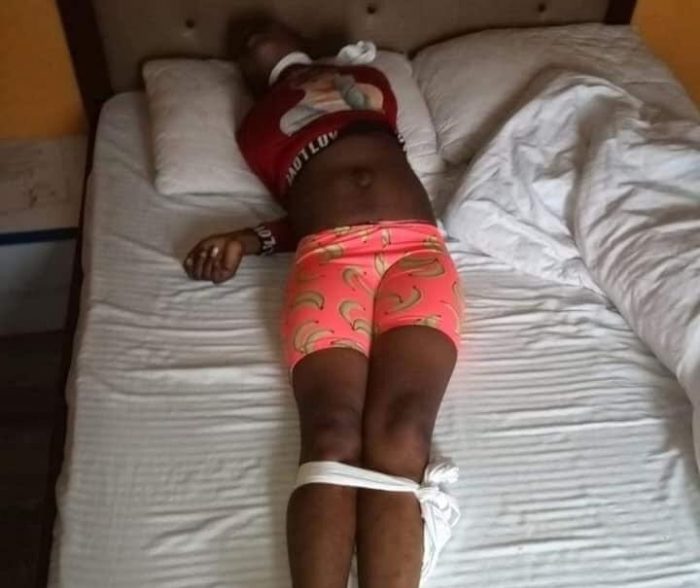 In recent time, there have been killings of women in Rivers by suspected rapists.

This time, the body of the strangled woman was found at the LA Steph Hotel in Omoku, the headquarters of Ogba-Egbema-Ndoni Local Government Area of Rivers State.

The Rivers State Police Command confirmed the death of the woman, not yet identified..

The Police Public Relation Officer, Nnamdi Omoni, told Journalists that a young girl in her early twenties was seen tied and strangled in a hotel room in Omoku, Ogba-Egbema-Ndoni, Local Government Area of Rivers State.

According to Omoni, ”Last night, the staff of Suit’s LA Steph Hotel woke up to see a dead girl lying on a bed in their hotel. Suits LA Steph Hotel is along Obor road in Omoku main town.”

He said the young woman has been evacuated and that the Manager of the hotels had been arrested.