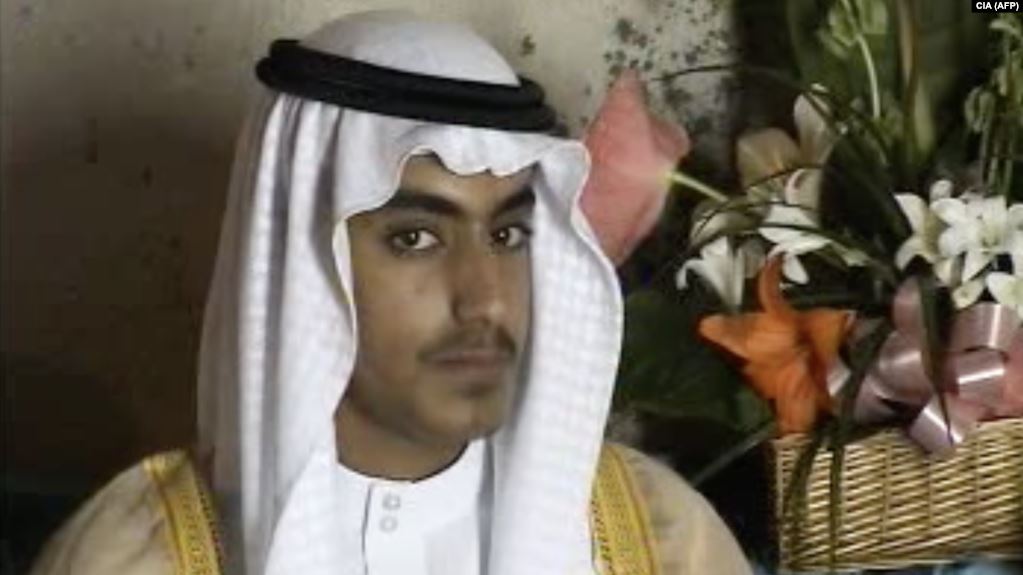 Hamza bin Laden, the son of Osama bin Laden has been killed in a US Operation, President Donald Trump confirmed today.

Trump said in a statement released by the White House that bin Laden was killed in a counterterrorism operation near the Afghanistan-Pakistan border, though did not provide an exact date for the death.

Hamza last made a public statement in 2018.

In February, there was a report suggesting his death.

Then Defense Secretary Mark Esper in late August spoke about Hamza’s possible death in an interview with Fox News.

“I don’t have the details on that. And if I did, I’m not sure how much I could share with you,” he added when asked if the U.S. had any role in his death.

“The loss of Hamza bin Ladin not only deprives al-Qa’ida of important leadership skills and the symbolic connection to his father, but undermines important operational activities of the group. Hamza bin Ladin was responsible for planning and dealing with various terrorist groups,” Trump said in the statement.

Bin Laden, buoyed by the fame of his father, was given a prominent role in the terrorist group that masterminded the 9/11 terrorist attacks.

The State Department earlier this year offered a $1 million reward for information leading to his capture and labeled him an “emerging” leader in al-Qaeda.

Hamza bin Laden had married the daughter of a senior leader in al-Qaeda who was charged by a federal grand jury for his role in the 1998 bombings of two U.S. embassies in Africa, and intelligence seized from Osama bin Laden’s hiding place in Pakistan after the raid that killed him suggested his son was being groomed to eventually head the terrorist group.

Bin Laden included threats to Saudi Arabia and a call to revolution in his last public statement made in a video in 2018, according to the United Nations.

He was believed to have been in his early 30s.