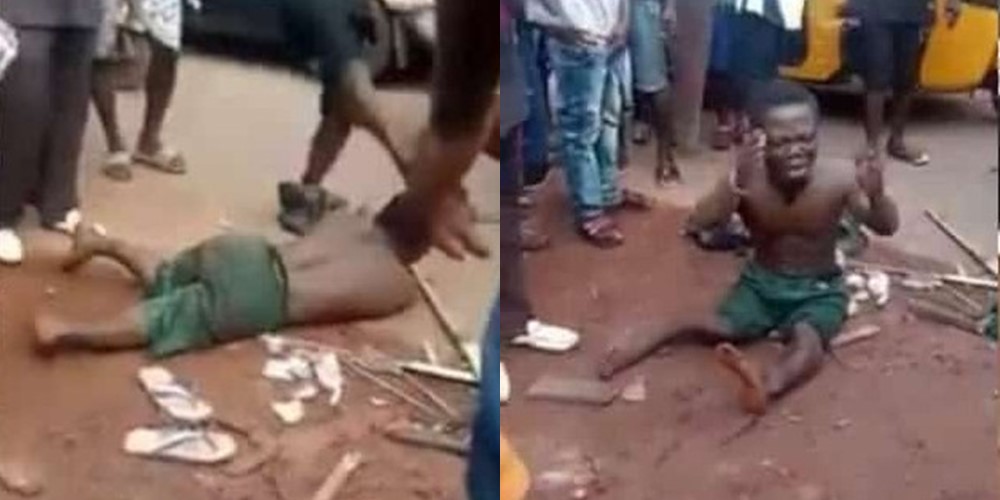 A dwarf, identified as Anayo, was on the receiving end of jungle justice after a man raised alarm over his missing penis at Obiagu axis of Ogui community in Enugu state.

Anayo was rescued by the police after being beaten mercilessly by the mob on Saturday September 14, following an allegation of causing the disappearance of the manhood of a man he shook hands with.

The Enugu state police spokesperson, Ebere Amaraizu released a statement confirming the police awareness about her issue and that they are working to unravel the mistake.

“The Enugu state command of the Nigeria police force through its operatives of Ogui Division are trying to unravel the mystery surrounding an alleged complaint of feeling of weakness of a male genital organ of a man shortly after his handshake with a man in Enugu.

It was gathered that the alleged victim who gave his name as one Sunday Ebubechukwu of Obiagu axis of Ogui Enugu had raised an alarm which had attracted sympathizers to the scene at Obiagu on the ground that someone whom he allegedly had handshake with, may have caused the instant weakness of his manhood thereby causing his manhood disappear.

It was however gathered that this instantly prompted sympathizers around to descend heavily on the alleged suspect identified as one Anayo who is also said to be a physically challenged person.He was said to be receiving beating of his life before police operatives from Ogui Division promptly intervened.A full scale investigations has begun over the alleged incident.”