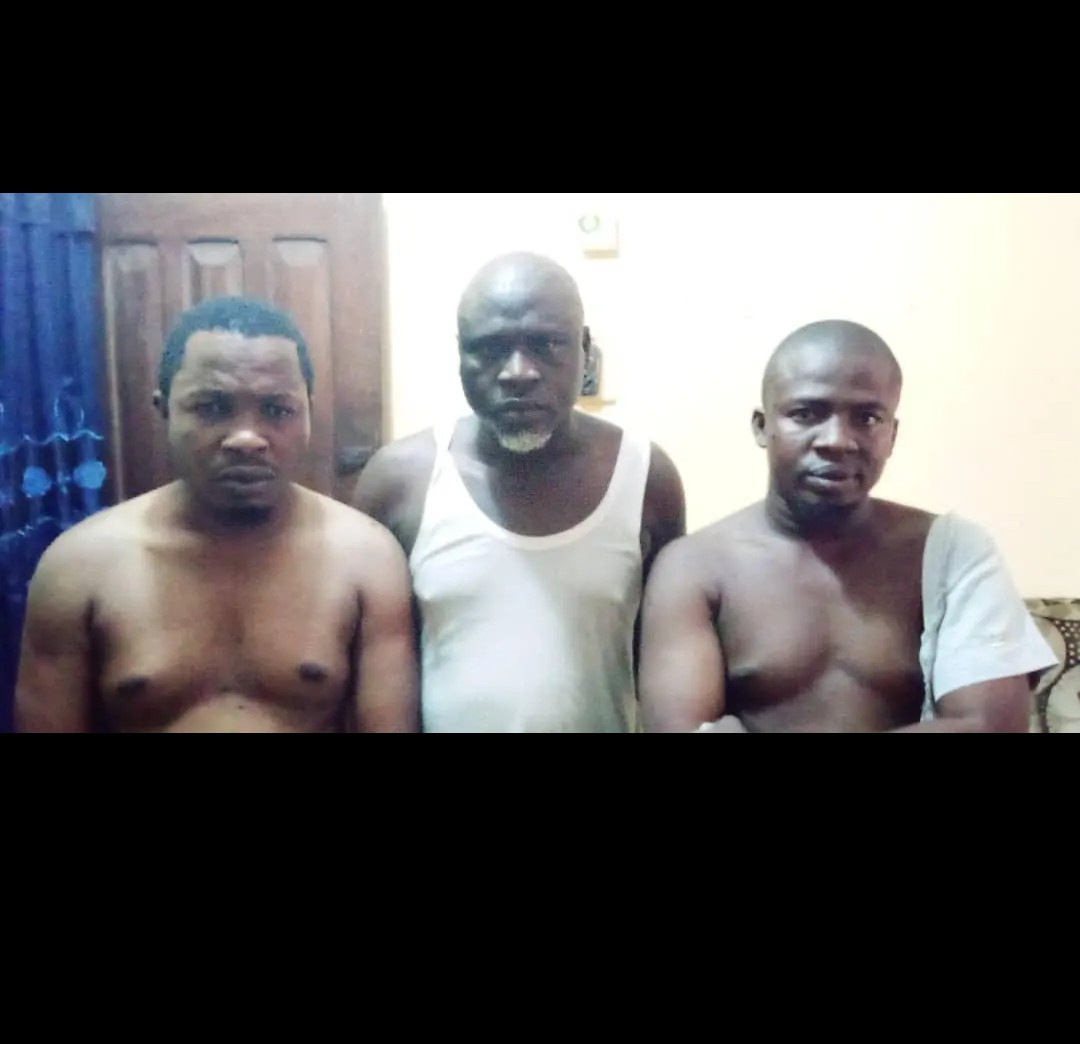 The suspects were also accused of having unlawful carnal knowledge of their female victims.

The suspects; Aliu Abdulfatai 50, Sule Adebayo 36 and Lekan Olokodana 31, were arrested following a report by one of their female victims, (name withheld) who reported at Adigbe police station that she had been duped of the sum of N70,000 by the suspects, while one of them also forcefully had carnal knowledge of her against her wish.

The complainant, is a marketer with a popular property/real estate company was said to be on marketing assignment when she came across the suspects who claimed to be Islamic clerics and indicated interest in purchasing large expanse of land which they claimed they wanted to use for construction of their mosque.

Police Public Relations Officer, DSP Abimbola Oyeyemi, said the suspects lied to have seen a vision that the lady was under a spell, thereby using that as an opportunity to defraud her by saying they wanted to organise a special prayer for special deliverance prayer to cast out the spell.

Using this method, the police said, they succeeded in fraudulently obtaining by false pretence, the sum of N70,000 from her after they had allegedly lured her into their house where one of them was said to have forcefully raped her.

The PPRO said, “on the strength of her complaint, the DPO Adigbe division CSP Augustine Opadile detailed his detectives to go after these hoodlums and bring them to justice.”

“Their efforts paid off when three amongst them were apprehended while waiting for the victim to bring the money they demanded for, and one of them escaped.

“On interrogation, they confessed being fraudsters and that it has been their means of livelihood. It was also revealed that one of them has used the proceed of their fraudulent act to build a private school in Ikorodu, Lagos State.”

“The Commissioner of Police, CP Bashir Makama, has ordered a full-scale investigation into the activities of these hoodlums with the view to charging them to court as soon as possible,” Oyeyemi added.