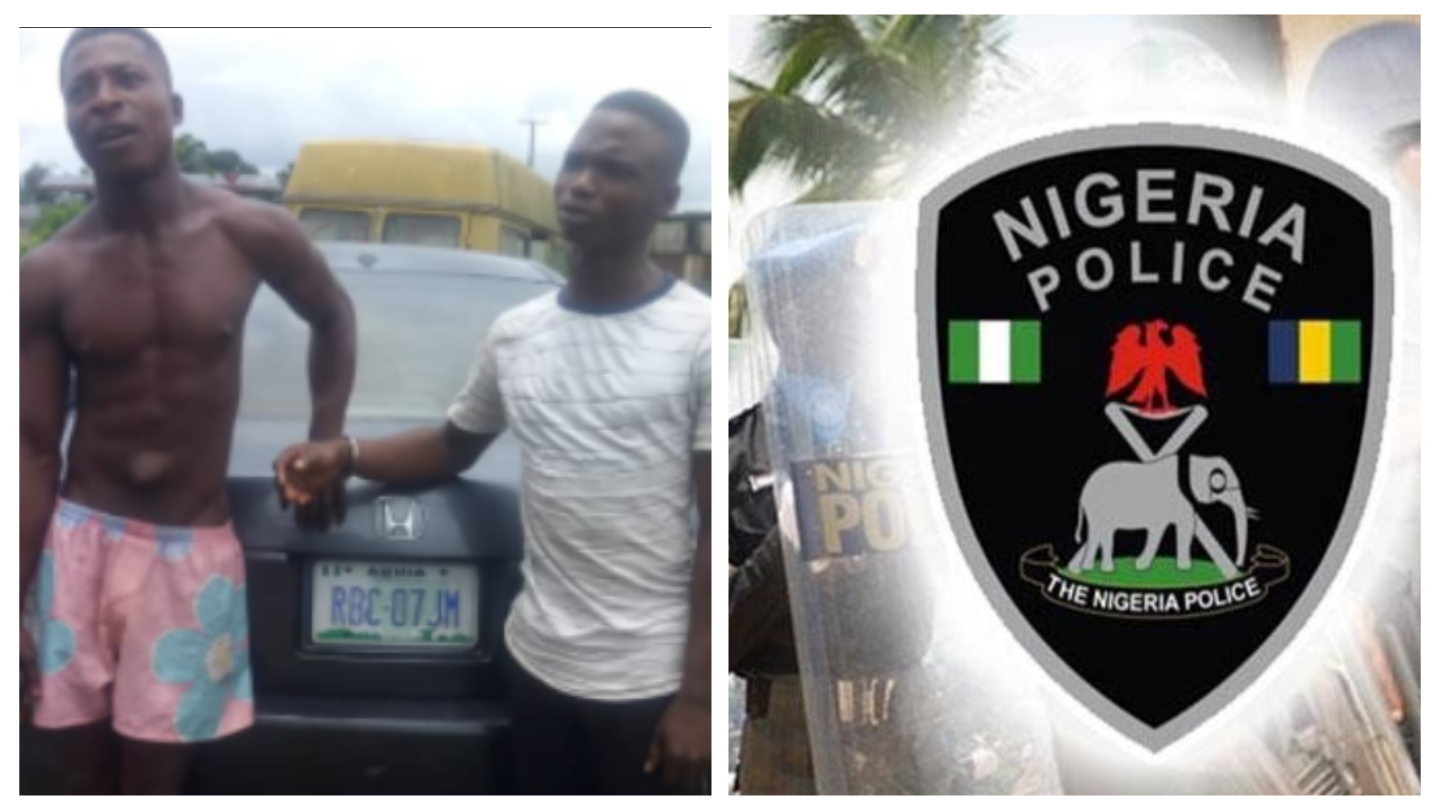 Two notorious car snatchers have been arrested by men of the Lagos state police command for snatching one black Honda accord 2007 which they hid at jemilugba street, Ilogbo, Lagos.

The suspects identified as Gideon Amuzie 25 and God’s power Imafidion, 25 who live in Satellite town of Lagos were alleged of snatching one black Honda accord 2007 which was later recovered by men of Lagos state police command.

According to police sources, the suspects specialize in snatching vehicles from the owners or stealing the vehicles from where they are parked.

They confessed that they stole the vehicle at a car wash in satellite town Lagos.

Investigation is ongoing and the suspects will be charged to Court.