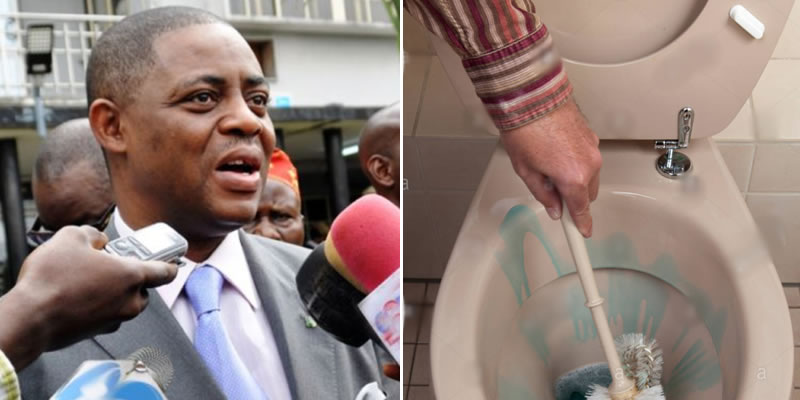 Femi Fani-Kayode, a former minister of aviation on Thursday said that if Vice President Yemi Osinbajo doesn’t resign within six months, he would soon be asked to wash toilets.

This reaction follows reports that Osinbajo has been stripped of some of his powers from some Federal Government agencies under his supervision.

Although the former minister did not mention the vice president’s name, it is obvious that he was referring to him.

In a tweet monitored by Within Nigeria on Thursday, Fani Kayode Stylishly accused Osinbajo of selling his soul, betraying his tribe, region and people.

He tweeted: “If the short man doesn’t resign within 6 months they will soon be sending him to wash toilets. You came in on the same ticket, you sold your soul, you betrayed your people, your tribe, your region, and your faith and you sucked your boss’ rectum for 4 yrs! Look at what you got in return! Shame on u!”.