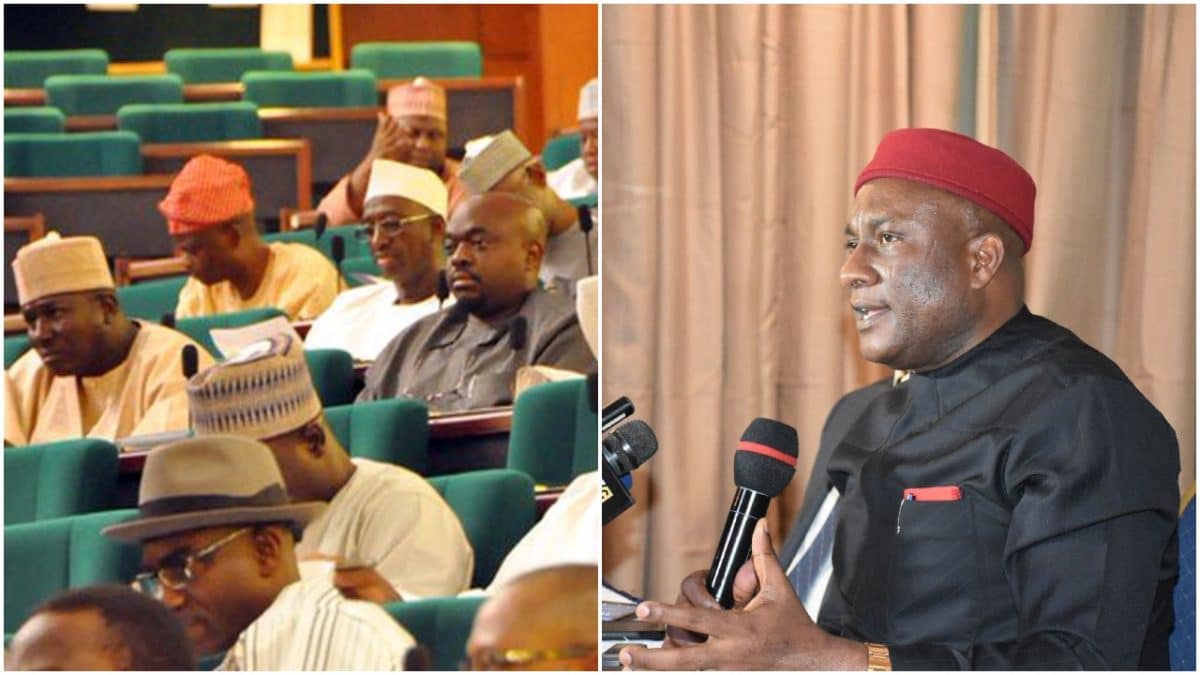 The House of Representatives on Wednesday honoured the Chairman and Chief Executive Officer of the Air Peace Airline, Chief Allen Onyema, for the prompt evacuation of the victims of the recent xenophobic attacks in South Africa, Within Nigeria reports.

Chief Onyema who was admitted into the Special plenary session in his honour was accorded a standing ovation by the members of the Green Chamber.

Speaking during the session, the Speaker, Hon Femi Gbajabiamila, stated that the House will a make case to the Federal Government to confer on Chief Onyema, a national honour for his outstanding and patriotic attitude during the unfortunate incident.

Addressing the session, Chief Onyema commended the lawmakers for the honour done him, saying ” you brought tears into my eyes as I have never been honoured in this way in my life “
Onyema, however, pleaded with the Federal Government to look critically into the plights of those Nigerians who lost their lives and property during the incident.