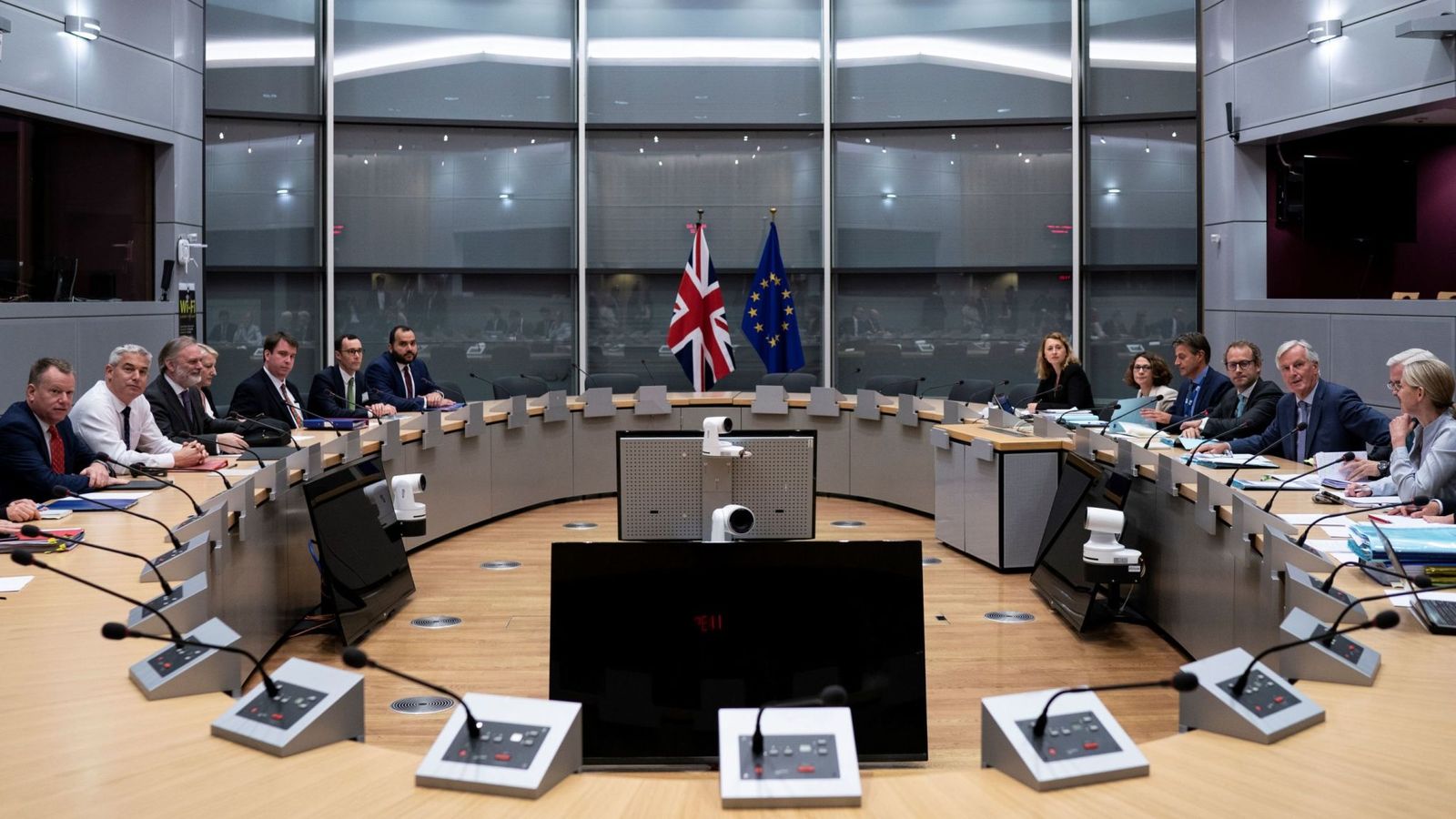 The document is a setback to Brexit secretary Stephen Barclay who has been locked in negotiations with EU officials in Brussels.

A leaked European Commission memo has said the UK government’s latest draft proposals for a new Brexit deal “fall short of satisfying all the objectives of the Irish backstop”.

In a UK exclusive interview with Sky’s Sophy Ridge, European Commission President Jean-Claude Juncker confirmed he had been sent documents by Prime Minister Boris Johnson outlining the ideas for a new deal.

However, the document obtained by Sky News said the proposals did not provide “legally operational solutions” to the controversial backstop.

It added that the draft failed to:

The UK government has made clear the documents sent to the EU this week are not formal indications of its position, but rather ideas for discussion.

A source told Sky News: “The ideas that we’ve put forward to avoid a hard border are serious and workable.

“As for the Commission, two months ago they said we couldn’t reopen the withdrawal agreement and there was absolutely no alternative to the backstop. Now we are having detailed discussions.

“Leaks from Brussels on Twitter are par for the course. You can set your watch by them. What we’re focused on is actually getting a deal in the room. We trust they’ll do the same.”

Downing Street is expected in the coming weeks to come forward with formal alternatives to the backstop – an insurance policy to stop a hard border returning on the island of Ireland.

“We both recognise that a deal is in the interests of both sides,” Mr Barclay said after his sit-down with the EU’s chief negotiator Michel Barnier.

He added that “no-one wants to see no-deal” but cautioned there was “still a lot of work to do” to avoid the scenario.

However Irish Prime Minister Leo Varadkar said that while the backstop had only ever been a “means to an end”, “we haven’t seen any proposals” that could replace it.

In his interview with Ridge – which took place before he read the latest proposals – Mr Juncker said a no-deal Brexit would have “catastrophic consequences” and that he was doing “everything to get a deal”.

Mr Johnson has vowed to take the UK out of the EU with or without a deal by 31 October but insists he is working hard towards getting a deal with Brussels.