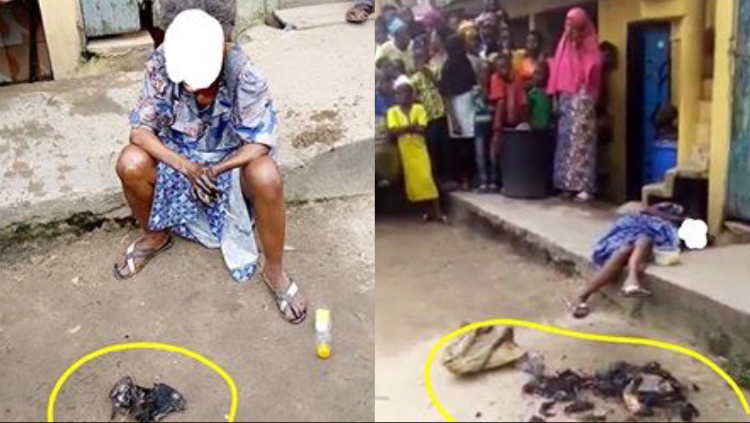 Tension in Lagos community as a bird allegedly turns into an old woman.

This was made known to the public by some dwellers of Oworonshoki community in Lagos state via facebook accounts where they make claims of a bird turning into an old woman today, September 21.

Videos and photos were shared via facebook to serve as proofs that the incident genuinely occured at No. 39 Miyaki Street in Oworonshoki where it was gathered that the old woman confessed to coming to the community to attack a pregnant woman.

Watch the video from the scene below.

Two months ago, a similar incidence also occurred and cause chaos inside an undisclosed hospital in Togo.

Pandemonium was caused after a mysterious bird allegedly flew into the hospital and then turned into a woman.