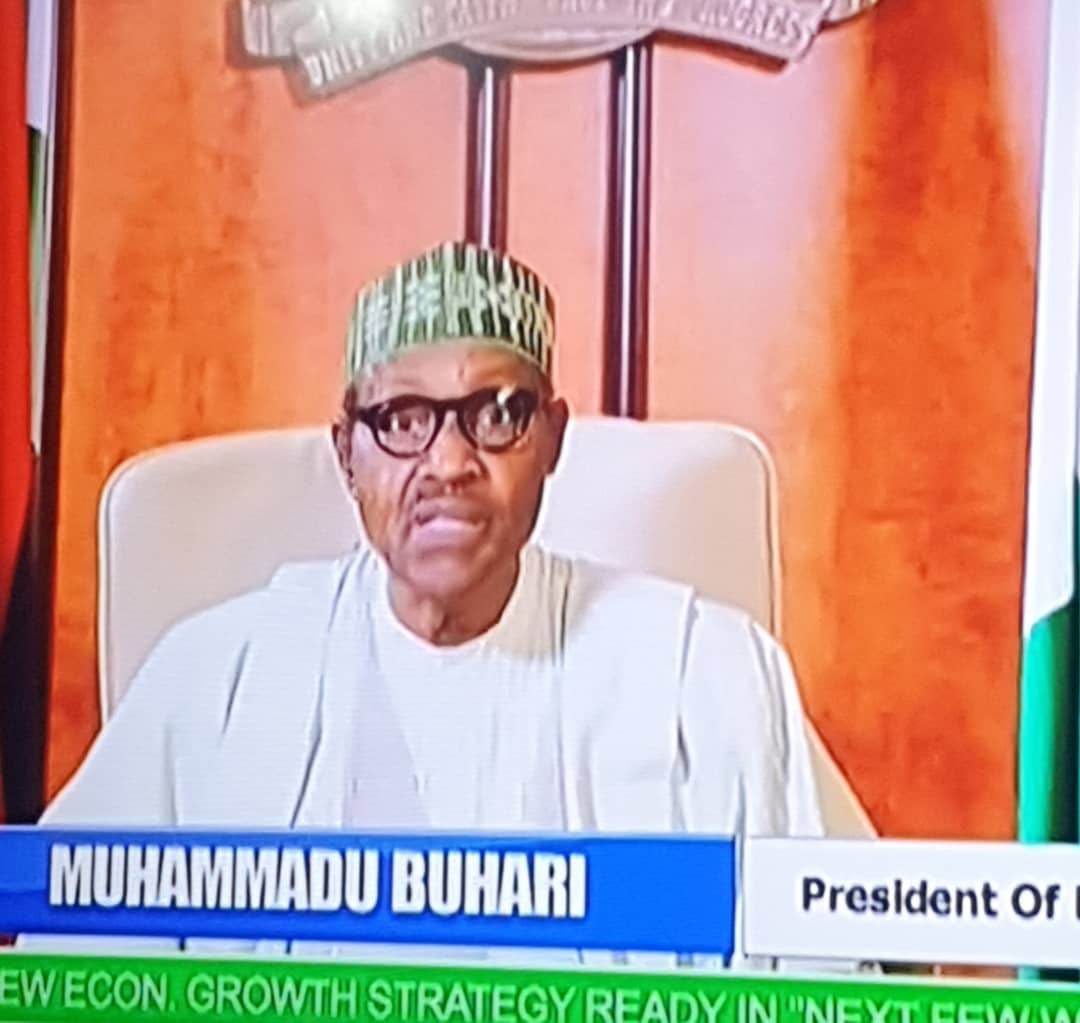 In the fifth independence day speech Buhari delivered as president, he spoke on issues ranging from solutions to the myriad of problems facing Nigeria to the achievement of his administration in the last four years.

We bring you 10 key things the president said in the nationwide broadcast:

“This change can only be delivered if we are united in purpose, as individuals and as a nation. We must all remain committed to achieving this positive and enduring change,” he said.

“As I stated four years ago, “change does not just happen… we must change our lawless habits, our attitude to public office and public trust… simply put, to bring about change, we must change ourselves by being law-abiding citizens.”

‘WHAT WE ARE DOING TO TACKLE INSECURITY’

The president said under his watch, the ministry of police affairs has been resuscitated “to oversee the development and implementation of strategies to enhance internal security” while the new Nigerian Police Trust Fund (establishment) Act has created a legal framework “to support our Police with increased fiscal resources to enhance their law enforcement capabilities.”

“These initiatives are being complemented by the ongoing recruitment of 10,000 constables into the Nigeria police force. This clearly demonstrates our commitment to arrest the incidence of armed robbery, kidnapping and other violent crimes across our nation,” he said.

“We remain equally resolute in our efforts to combat militant attacks on our oil and gas facilities in the Niger Delta and accelerate the Ogoni clean-up to address long-standing environmental challenges in that region.”

Buhari was also not silent on the issues concerning freedom of expression and association. Omoyele Sowore, convenver of ‘Revolution Now’ Movement who called for a nationwide protest “against bad governance” in the country is currently being prosecuted for alleged terrorism and treason.

The president said while his administration upholds the rights to freedom of expression and association, “we will take firm and decisive action where the purported exercise of these rights infringes on the rights of other citizens or threatens to undermine our national security.”

“In this regard, I reiterate my call for all to exercise restraint, tolerance and mutual respect in airing their grievances and frustrations,” he said.

Buhari hinted that the National Social Investment Programme (N-SIP) might be could be moved from the office of Vice-President Yemi Osinbajo to the ministry for humanitarian affairs, disaster management and social development which he said was created to institutionalise the programmes.

“To institutionalise these impactful programmes, we created the ministry for humanitarian affairs, disaster management and social development which shall consolidate and build on our achievements to date. To the beneficiaries of these programmes, I want to reassure you that our commitment to social inclusion will only increase.”

‘WE INHERITED A SKEWED ECONOMY’

The president also took a swipe at the immediate past government which he said passed on a failing economy to his administration.

“This administration inherited a skewed economy, where the oil sector comprised only 8% of gross domestic product but contributed 70% of government revenue and 90% foreign exchange earnings over the years,” he said.

“Past periods of relatively high economic growth were driven by our reliance on oil sector revenues to finance our demand for imported goods and services.

Buhari said to address the “imbalance” resulting from mismanagement of the economy by past administrations, policies targeted at achieving economic diversification have been “at the heart of our economic strategies under the economic recovery and growth plan.”

“This medium-term development plan charted the trajectory for our economy to exit from recession and return to the path of sustainable, diversified and inclusive growth for Nigerians,” he said.

“Pursuant to these reforms, the economy has recovered and we have had 9 successive quarters of growth since our exit from recession. The exchange rate in the last 3 years has remained stable, with robust reserves of US$42.5 billion, up from US$23 billion in October 2016.”

The number one citizen said a total of N1.74 trillion had been released for capital projects as of June. He said this shows the government’s determination to continue to significantly increase investments in critical infrastructure, adding that “we will continue to prudently save our oil income and invest more in the non-oil job-creating sectors.”

“Implementation of the 2019 capital budget, which was only approved in June 2019, will be accelerated to ensure that critical priority projects are completed or substantially addressed,” he said.

“The ministry of finance, budget and national planning has been directed to release N600 billion for capital expenditure in the next 3 months.”

The president further said his administration is resolute in reforming the power sector and expressed optimism that Nigerians will soon begin to enjoy uninterrupted power supply.

He said this is part of what the presidential power initiative to modernise the national grid seeks to achieve, in addition to localising the development and assembly of smart meters and the operations of transmission and distribution infrastructure.

He also hailed reforms aimed at ensuring that electricity sales, billings and collections are automated and become cashless, adding: “I remain confident that Nigerians will have affordable and uninterrupted electricity supply in the not too distant future.”

Buhari said his administration has made “remarkable progress in almost all segments of the agriculture value chain” and that Nigeria’s journey to food security and self-sufficiency is well underway.

“We shall sustain these policies to ensure additional investments are channelled, thereby creating more jobs in the sector. We must not go back to the days of importing food and thereby exporting jobs,” he said.

‘CORRUPTION IS FIGHTING BACK’

The president said his administration has sustained the fight against corruption through various means and also called on states to intensify efforts to instil “greater fiscal transparency and accountability” in their dealings.

He said: “We must commit to installing a culture of good governance in all we do. This administration has fought against corruption, by investigating and prosecuting those accused of embezzlement and the misuse of public resources. We have empowered teams of prosecutors, assembled detailed databases of evidence, traced the proceeds of crimes and accelerated the recovery of stolen funds.

Buhari did not end his speech without a call to action for Nigerians to combat corruption themselves “at every turn.” How? “By choosing to question and confront corrupt practices, by reporting unethical practices or through whistle-blowing.”