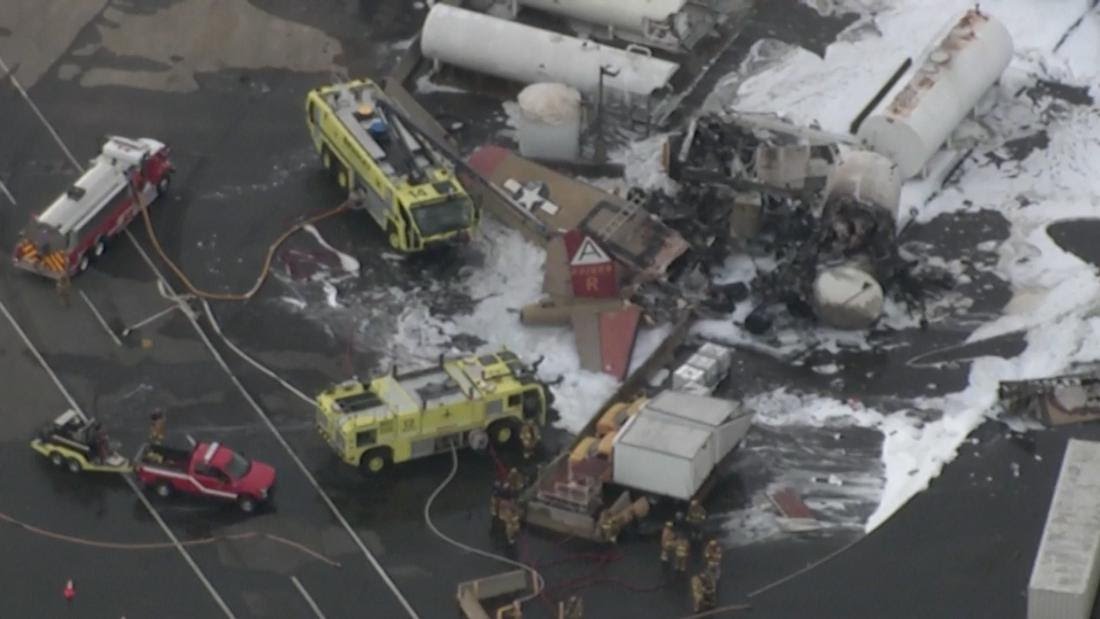 (CNN) Seven people are dead after a World War II-era B-17 bomber crashed into an airport de-icing facility while trying to land at Bradley International Airport in Connecticut, officials said.

The seven were on the plane, James Rovella, commissioner of the Department of Emergency Services and Public Protection, said at a news conference Wednesday evening.

Six people on the plane survived. Rovella said he couldn’t give names of the victims because not every family has been notified.

Thirteen people — 10 passengers and three crew members — were on board when the vintage Boeing B-17 Flying Fortress crashed at the end of a runway, authorities said. One person on the ground was injured, Rovella said.