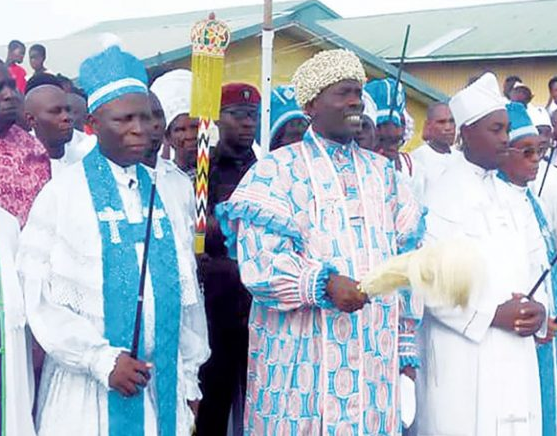 After spending nine months in Olokuta Medium Prison, Akure, the capital of Ondo state, the traditional ruler of Ayetoro in Ilaje Local Government of Ondo State, Ogeleyinbo of Ayetoro, Oba Oluwambe Ojagbohunmi (JP) has been released.

The embattled monarch, the Baba Ijo; Lawrence Lemamu and the Public Relations Officer of the community, Victor Akinluwa were released from prison after Governor Rotimi Akeredolu ordered their unconditional release.

They were remanded in prison over kingship tussle between the embattled monarch and Micah Ajijo in Ayetoro, a community in Ilaje Government Area.

The Govenor of the state, Rotimi Akeredolu was thanked for his intervention in the matter by two socio-cultural groups from the community, the Supreme Council of Elders and Ayetoro Youth Congress (AYC) on Thursday.

Speaking to journalists on behalf of the council and community, Rev. Apostle Joshua Bankole said: “We also seize this medium to tell Mr Governor that Ayetoro, being the most populous community in Ilaje area, our people would always be in your support in all your political dealings and we want you to continue the good works you have been doing in Ondo State since assumption of office.”