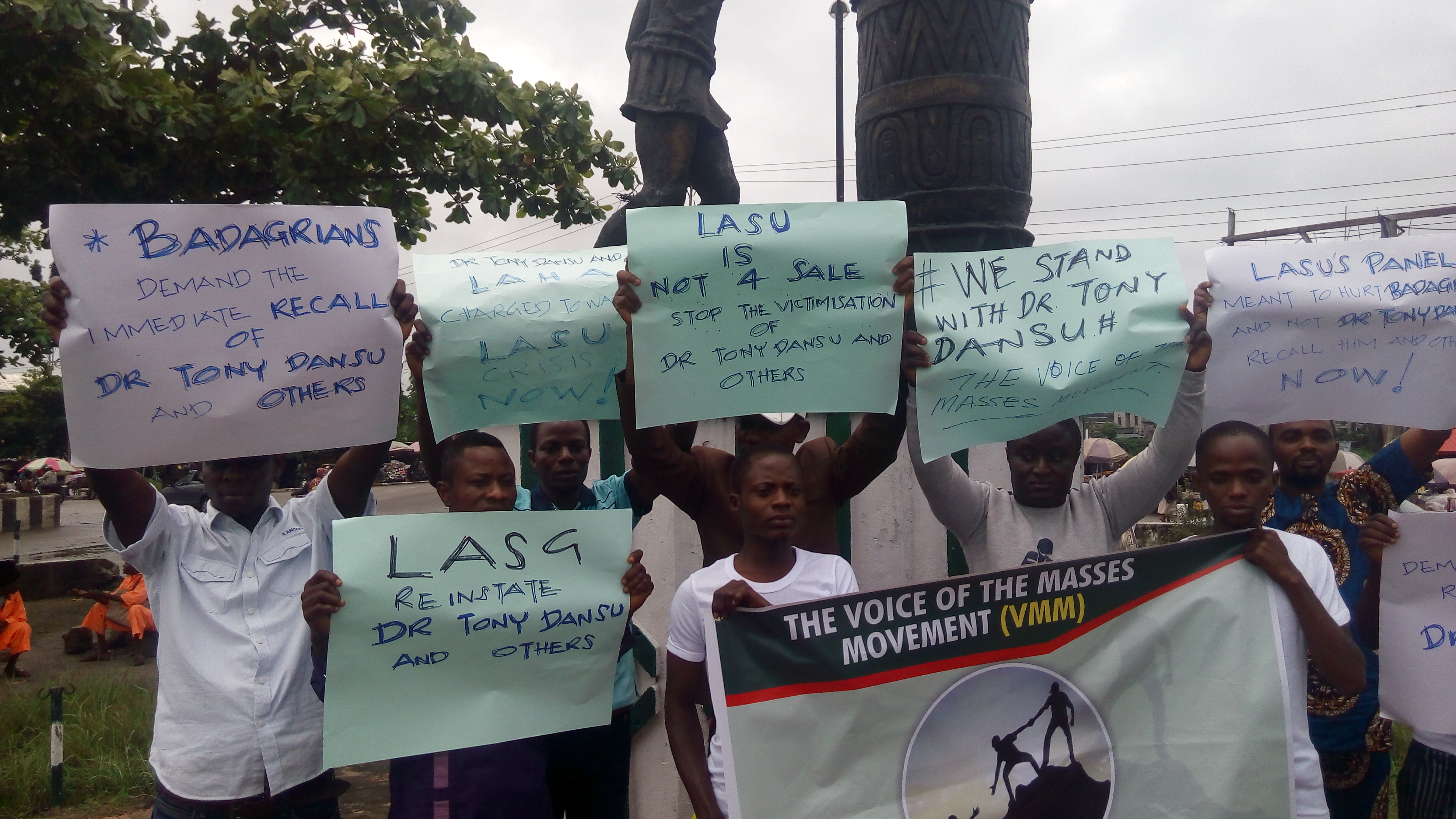 The plea was made at a news conference by concerned youths of Badagry under the aegis of Voice of the Mass Movement, VVM, at the Badagry Round About, to expressed their displeasure over the sack of lecturers including one of their own, Dr. Tony Dansu.

The concerned youths called for an urgent intervention of the government to salvage the institution and restore the lost glory of the citadel of learning.

Speaking to newsmen, the President of VVM, Comrade Hunwi Selome, said that the sacked lecturers are men of reputable character especially Dr. Dansu, who most youths look up to as a role model.

Comrade Hunwi however called on the State Assembly to set up a visitation panel in order to unravel the cause of the crisis, while also appealing for Governor Babajide Sanwo-Olu’s intervention.

Contributing, Secretary of VVM, Comrade, Hunpevi Semako, stated that the sack of Dr. Dansu could lead to loss of enthusiasm from the youths as most young men in Badagry see him as one of the shinning lights of Badagry.

He said that his sack may discourage most young brains to test the waters of Academics, noting that the incident has affected his choice of career.