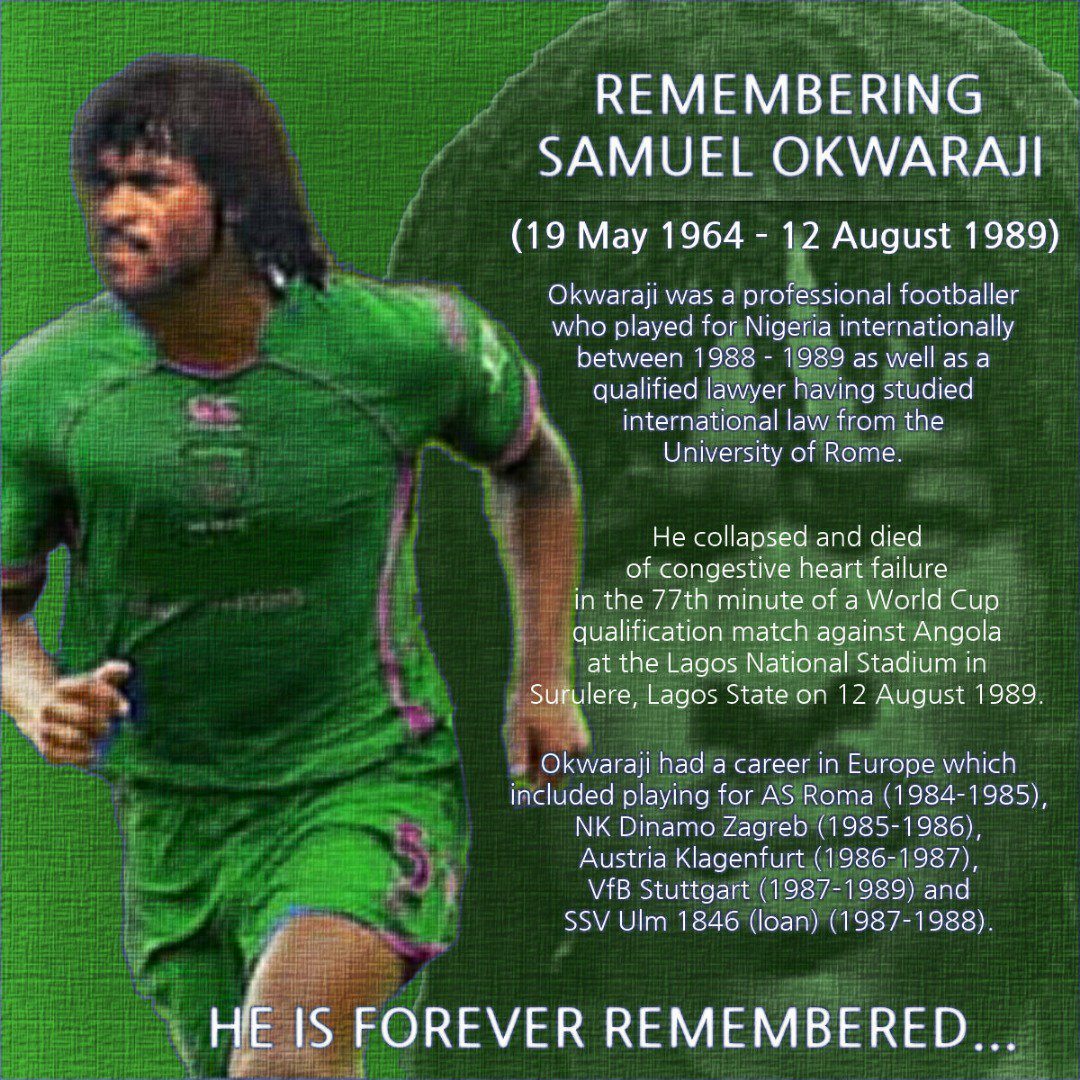 As part of events lined up for his 30th memorial anniversary of the late Super Eagles midfielder, Samuel Okwaraji, the Imo State Government has announced the partnership with the Sam Okwaraji Foundation.

Chairman of Imo State Sports Commission, Fan Ndubuoke, disclosed this yesterday when members of the Samuel Okwaraji Foundation paid him a courtesy visit to solicit support of Imo State to honour the late footballer.

It would be recalled that Okwaraji, until his death at 25, was a Master Degree holder in International Law from Rome. He slumped and died on August 12, 1989 during Nigeria’s World Cup qualifier against Angola at the National Stadium, Lagos.

He further said that the commission and the foundation would hold meetings to work out modalities to make the event successful.

He described the late Okwaraji as an exceptional person who combined education with his football career and excelled in both endeavours.

In his reaction, former Super Eagles captain Henry Nwosu lauded Imo State Government for endorsing the project and said it would motivate others to do more for the country.

“I was the Super Eagles captain when Okwaraji came into the national team and since his untimely death in Lagos, the Federal Government has not done much to honour him or to take care of his family, which he described as unfortunate,” Nwosu said.