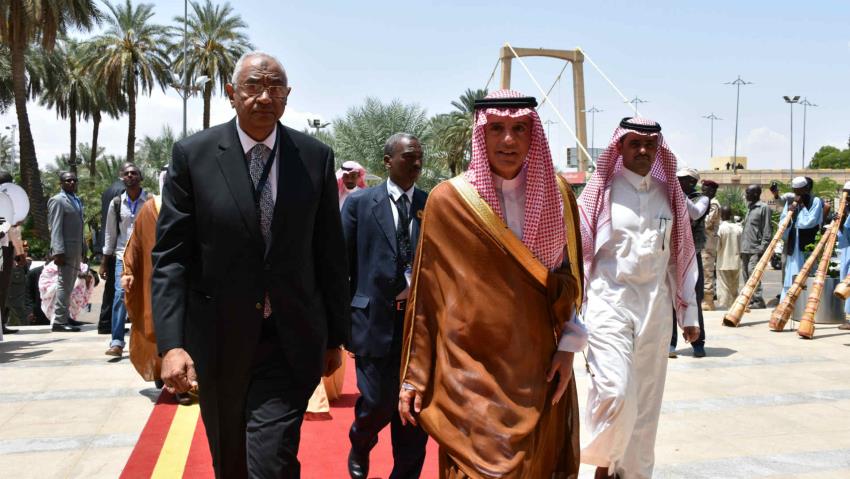 Sudan has received half of three billion dollars in aid promised by Saudi Arabia and the United Arab Emirates in April.

The country expects the remainder to be paid by the end of next year, Sudan’s finance minister said late on Monday.

The Gulf countries agreed the aid package soon after former president Omar al-Bashir was ousted, throwing a lifeline to Sudan’s new military leaders at the time.

Finance Minister Ibrahim Elbadawi said Saudi Arabia and the UAE had deposited 500 million dollars in the Sudanese central bank, while 1 billion dollar worth of petroleum products, wheat and agricultural production inputs had been received.

Long lines for bread and fuel are a recurring feature of Sudan’s economic crisis.

“I met with the ambassadors of the kingdom and of the UAE, and we agreed on a programmed schedule that will God willing take us to the end of 2020, to finish off the rest of the grant,” Elbadawi said.

He was speaking on the sidelines of an event in Abu Dhabi, where Prime Minister Abdalla Hamdok is visiting after traveling to Riyadh earlier in the week.

There was no immediate response from the government media offices of Saudi Arabia and the UAE to a Reuters request for comment.

Sudan’s new prime minister was accompanied on his visit to the Gulf by General Abdel Fattah al-Burhan, head of the transitional sovereign council, and other senior officials.

Last month, Elbadawi announced a nine-month economic rescue plan aimed at curbing rampant inflation while ensuring supplies of basic goods, which would keep bread and petrol subsidies in place until at least June 2020.